New zombie flick may be the best one yet! 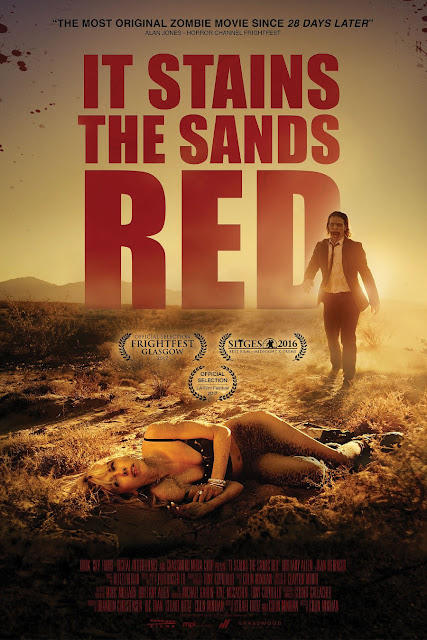 IT STAINS the SANDS RED
In the new horror film It Stains the Sands Red, a troubled woman from Las Vegas named Molly (Brittany Allen) finds herself stranded in the desert with a ravenous zombie on her trail. At first, she’s easily able to outpace her undead pursuer, but things quickly become a nightmare when she realizes the zombie doesn’t need to ever stop for rest. Running low on supplies and beat down by the harsh environment, Molly has to summon the strength she never knew she had to ultimately face both the zombie and the demons that have chased her all her life.

It Stains the Sands Red is directed by Colin Minihan and costars Juan Riedinger. The film receives its North American premiere at the L.A. Film Festival in June and will then be released in cinemas and on digital platforms this summer by Dark Sky Films.
Posted by anim8trix at 12:00 AM