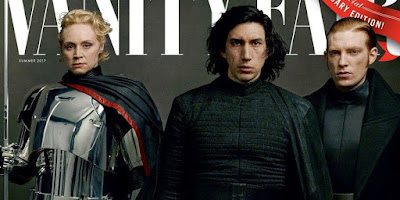 V A N I T Y   F A I R
In honor of the Star Wars 40th anniversary celebration, Vanity Fair has unveiled four magazine covers featuring Captain Phasma unmasked, a new member of the Rebel Alliance and the late Carrie Fisher as General Leia.

The final cover sees Carrie Fisher standing alone in a poignant tribute from the magazine, with all the photographs taken by legendary photographer Annie Leibovitz. The next entry in the franchise set in a galaxy far, far away, Star Wars: The Last Jedi is written and directed by Rian Johnson (Looper). The movie will open on December 15. 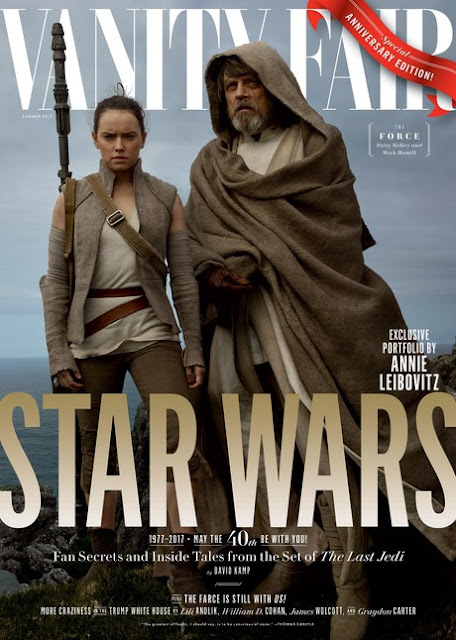 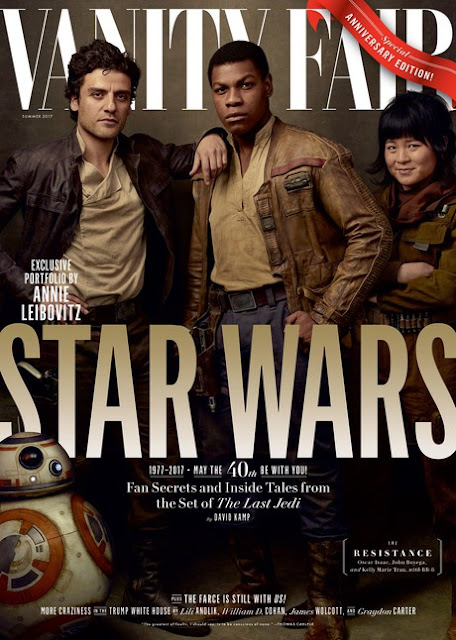 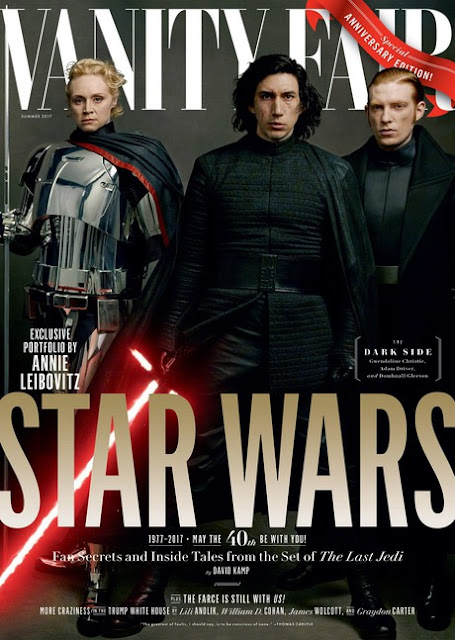 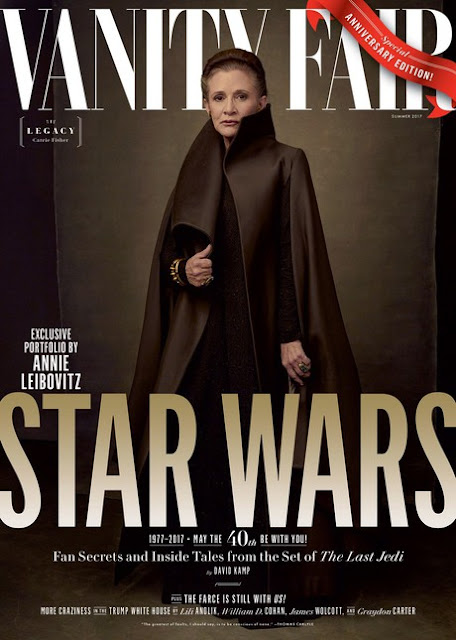