Streaming Services Are Doubling Down on Anime 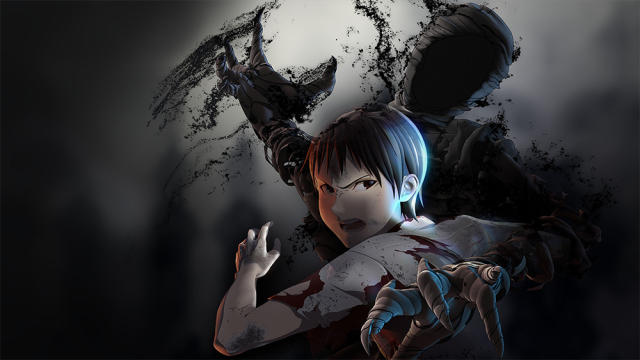 Netflix Counting on the Popularity of Anime
[Source: Yahoo!] Misa from “Death Note,” Saitama from “One-Punch Man,” and Code:002 from “Darling in the Franxx” walk into a convention center. It’s the set-up to what could be a pretty good joke. Like the rabbi, priest, and monk, these are religious figures in their own right—anime heroes, favorite deities of a subcultural movement known as cosplay.

By many metrics—not simply the more-than 100,000 attendees to Anime Expo in Downtown Los Angeles this month—cosplay, and its guiding form of media, anime, have been undergoing a resurgence in the past few years. Consumed in the 1990s and early 2000s mainly by Japanese teens, and their worldwide counterparts known colloquially as weebs, anime is now a significant programming genre for streaming services such as Netflix, Amazon, Hulu, not to mention the anime-only services Crunchyroll, Viewster, and Funimation.

Crunchyroll, which has been around since 2006, and is a subsidiary of Warner Bros., announced in November that it had surpassed 2 million paid subscribers (and 50 million registered users) in a time when niche streamers—the recently shuttered cinephile film service FilmStruck, for instance—have been struggling.

But it’s not just licensing deals and niche platforms. In 2014, Netflix—which, per its recent second-quarter earnings report, boasts 152 million subscribers—began to invest in original anime content, teaming up with Polygon Pictures, a 3DCG production house in Tokyo behind several anime films and series, to make shows like “Knights of Sidonia” (a beloved space opera about genetically engineered refugees who escape from a destroyed earth to a spaceship named Sidonia) and “Ajin: Demi-Human.” Amazon would follow suit with series like “Kamen Rider Amazons” and “Tokyo Vampire Hotel” in 2016 and 2017, respectively.

With more than 300 anime conventions catering to fans in the U.S., the anime market is robust. Netflix had the added benefit of understanding their audience’s desire for anime via their old business model.

“We’d been distributing anime for many many years from the DVD days,” says John Derderian, Netflix’s director of content – Japan & Anime. “When we went streaming, it’s just such a core fanbase, we saw a lot of engagement when we put up something very old and non-exclusive. So that led us to, about five or six years ago, to start co-producing anime, where we would come in as a pre-buyer or early investor in the show, and get global rights.”

Netflix launched approximately 30 original anime in the United States and other parts of the world last year, according to Derderian, who says it’s simple economics.

“We take the resources we can from the money from our members, and allocate it towards what they want, and what we see that they want is more anime,” he says. “The numbers we can’t share with you specifically, but we’ve seen a significant growth year over year for the years we’ve been investing more into anime. So the more we have a compelling proposition in anime, we see more and more fans come to [the platform]. And we’re not seeing a peak in any way; we’re seeing growth.”

Derderian even alludes to the fact that Neflix is aware of a subsection of users who are either coming to the platform specifically for anime, or are using the platform primarily for anime.

“We do look at data to see—obviously, these people are all anonymized to us, so we have no idea who they are—but what we look at is, ‘Oh this subscriber watches a certain percentage of anime,’ or, ‘This subscriber, when they entered Netflix, watched a lot of anime immediately,’” he says. “So we can start to understand how the behaviors are around anime on Netflix, and we can match our investment and engagement with that category appropriately to their interests.”

New fans are found through the algorithm, he says. And it shows on the platform, anecdotally. If you’re even vaguely interested in sci-fi or American animated series or films, it’s hard to not get suggested anime titles.

“We use the power of personalization and the algorithm to discover new fans of anime,” Derderian says. “Streaming overall has created a new wave of accessibility and discover-ability for anime. Traditionally anime didn’t have great distribution real estate, because oftentimes it was too small to secure meaningful distribution, and what having a global streaming service allows us to do is find the fandoms.”

The reach of anime goes way beyond Japan and the U.S. Google Trends shows that anime is searched most in Japan, followed by the Philippines, Saudi Arabia, El Salvador, and Peru at two through five. The site OtakuPlayPh.com, a resource for Filipino otaku (the Japanese word for geek), lists over 70 anime or cosplay conventions in 2019 in the Philippines alone. And Saudi Arabia has held a few anime conventions since 2017, despite protestations by religious Saudis.

Derderian points to “Ultraman,” a new anime series produced by Netflix based on the classic live-action sci-fi series from the 1960s, which had a strong showing in Brazil, France, Turkey, and the Asia-Pacific region.

Anime’s expansion has the added benefit of it being a complex medium with not just sci-fi series, but a whole panoply of subgenres. Already, Neflix has begun streaming series like the comedy “Saiki K.,” the youth-oriented stop-motion series “Rilakkuma and Kaoru,” and the romantic comedy “Ouran High School Host Club.”

That’s how Joellen Ferrer sees it. Ferrer is the head of communications at Otter Media, the San Francisco-based Warner Bros. subsidiary that runs Crunchyroll. She says that the growth of anime has been palpable at the company, where they boast over 1,000 different programs equating to approximately 30,000 episodes of anime. Crunchyroll also does their own anime convention, Crunchyroll Expo, as well as the industry-wide Anime Awards. Ferrer says that, while they feel the competition rising from other streaming platforms, there’s a rising-tide-lifts-all-boats sentiment.

“It’s the year of anime,” Ferrer says. “We’ve hit that point where there is the increased competition, but it also forces all of us to be that much more creative and innovative and find the ways that best serve anime fans however they’re looking to consume anime.”

Ferrer suggests that where anime once had a nerdy stigma attached to it, there’s a broader acceptance in the U.S. that has attracted previously untapped audiences.

“What’s been really great to see, especially in the last two years, is this continued movement of mainstreaming of anime,” says Ferrer. “Entertainers or celebrities or athletes are big anime fans. There are number of different athletes that are like, ‘I grew up watching Naruto.'”

For Derderian, it’s simple math. He points out that that streaming services like Netflix and Crunchyroll are simply catering to their subscribers needs in order to keep them on the respective platforms.
Posted by anim8trix at 12:00 AM