Netflix Original Series:
The Dark Crystal: Age of Resistance
When three Gelfling discover the horrifying secret behind
the Skeksis' power, they set out on an epic journey to
ignite the fires of rebellion and try to save their world.
- - HIGHLY RECOMMENDED - - 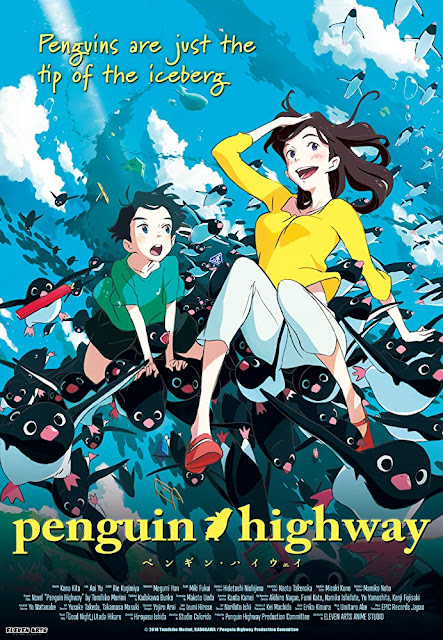 penguin highway
Plot Summary: [Source: MyAnimeList] Schoolboy Aoyama is bright, inquisitive and a bit headstrong. He has a lot of brainwork to get busy with – after all, he'll be an adult in just a few thousand days. For the moment, though, he'll have to live life as a fourth-grader. Not that it's a bad life.
Summer has arrived and school's nearly out. He has a crush on an intriguing older woman he's met at his dentist's office, who's coaching him in his chess game. And a colony of penguins has materialized in the middle of Aoyama's sleepy little town. Where on Earth – or elsewhere – did these waddling interlopers come from? Aoyama and his friends embark on a research mission, applying rigorous scientific methods and principles. Their discoveries, however, only lead to ever more puzzling wonders...
Posted by anim8trix at 12:00 AM