Steven Universe - End of an Era

Why Steven Universe's Ending Was
RUSHED By Cartoon Network
If you felt the ending of the original Steven Universe was fast-paced, it was. They were only giving 6 episodes to wrap up things. That's the story we're going to unpack.
▶ Watch the Video

The conclusion of Steven Universe proper with the Era 3 arc and Change Your Mind has left a lot of mixed reactions in the time since the animated series as a whole wrapped up with Steven Universe the Movie and Steven Universe Future. Many people felt the finale of the original series was rushed - and it was, but why? Well, thanks to the new art book End of an Era, we're able to piece together the bigger picture. So let's dive in to why the Ruby and Sapphire wedding, Reunited, ended up serving as a huge risk for Rebecca Sugar, the original "cancellation" for the show by Cartoon Network and the habits of the show's episodic nature in general. Why Steven changing the minds of Yellow Diamond, Blue Diamond and White Diamond may have felt too fast. This is why Steven Universe's Ending was RUSHED by Cartoon Network! 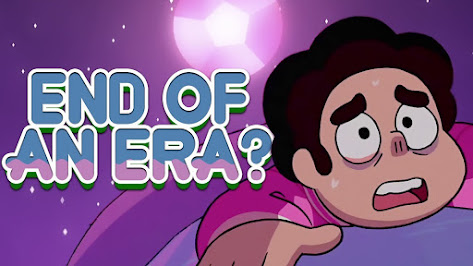