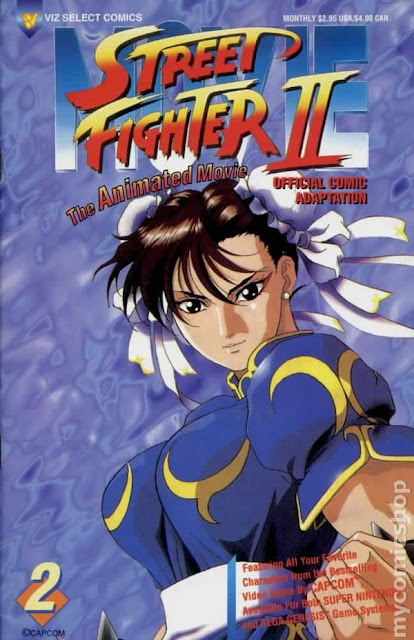 Chun-Li vs. Vega: Anime fight from
Street Fighter II: The Animated Movie'
Vega is about to assassinate Chun-Li, but things don't go according to plan.
Remember this scene? ▶ Watch the fight
About Street Fighter II - The Animated Movie: In this animated film, M. Bison, leader of the international crime syndicate Shadowlaw, is recruiting the world's greatest fighters. Bison targets Japanese fighting master Ryu, who possesses gravity-defying abilities. Unable to coerce Ryu, Bison captures and converts Ken Masters , an ex-classmate who shares Ryu's fighting style. Meanwhile, Chun-Li of Interpol teams with an American soldier to crush Shadowlaw.
Posted by anim8trix at 12:00 AM