Mushoku Tensei: Isekai Ittara Honki Dasu
"Mushoku Tensei" is a story about a 34 year old shut-in who died in a vehicular accident after mustering all the strength he had to save some high schoolers who were on the verge of getting ran over by a Truck and got reincarnated in another world!. based on the Novel written by "Rifujin na Magonote", "Mushoku Tensei" is one of the best isekai novel/manga with a realistic character development not just the MC but also the supporting characters. With well-written story full of details to help you get immersed in the world of Rudeus Greyrat, finally next year we will bear witness the anime version of the infamous origins of "Truck-kun"! that started the Isekai Madness. The anime adaptation is scheduled for January 10, 2021. the anime will be animated by the studio BIND and will be produced by EGG firm Inc.
▶ Watch the Trailer 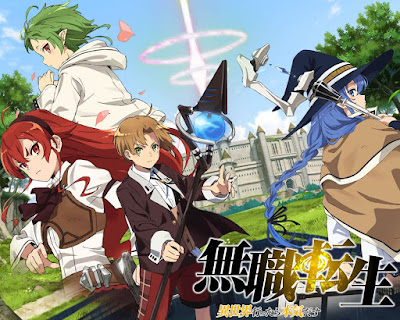