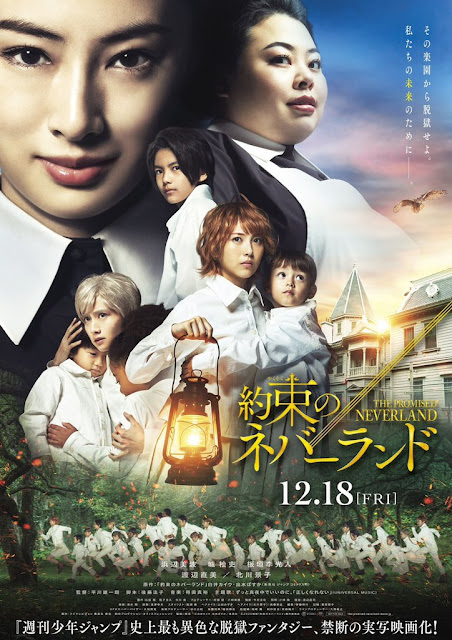 THE PROMISED NEVERLAND
Live-Action Movie
The official website for the live-action film of Shirai Kaiu and Demizu Posuka‘s Yakusoku no Neverland manga began streaming a new trailer for the film on Oct 12, 2020. The trailer reveals and previews the film’s theme song “Tadashiku Narenai” (It Can’t Be Right) by rock band Zutto Mayonaka de Iinoni. (Zutomayo). The site also unveiled a new poster visual for the film.

Shirai and Demizu launched Yakusoku no Neverland manga in Shueisha‘s Weekly Shonen Jump magazine in August 2016, and ended it on June 15.

An anime adaptation premiered in January 2019. A second season of the anime was scheduled to premiere in October, but is delayed to January 2021 due to the effect of the new coronavirus disease (COVID-19) on the production.
▶ Watch the Trailer
Posted by anim8trix at 12:00 AM