First Look at The Last of Us... 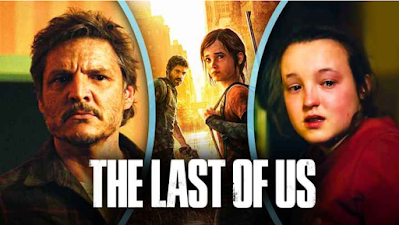 THE LAST OF US
▶ Watch the Trailer
(Source: TheDirect) The Last of Us follows a pair of survivors, Joel and Ellie, on a post-apocalyptic journey across America. The adaptation has been in the works for quite some time with Chornobyl's Craig Mazin and director of the game Neil Druckmann set to head up the series.

Now, as fans celebrate the annual Last of Us Day, a first look at the series has been revealed, including what could be one fairly significant deviation from the game's original story.

As revealed during HBO's The Last of Us trailer, Melanie Lynskey (known for her work on last year's Yellowjackets) has been added to the cast of the upcoming TV series.

EW unveiled that Lynskey will be taking on the role of Kathleen, a "ruthless leader of a revolutionary movement in Kansas City." Lynskey's character can be seen for a brief moment in the trailer, walking amongst a group of survivors. This group sounds awfully like the Hunters seen throughout the original game.

What's notable about the actress's casting is that Kansas City never actually appeared in The Last of Us on PS3, hinting that there could be some major changes coming to the HBO adaptation.