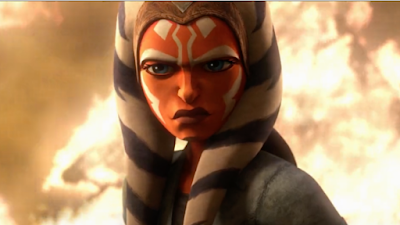 TALES of the JEDI
Two Stories of Fate. One Destiny.
TALES of the JEDI is an upcoming American animated anthology series created by Dave Filoni and Charles Murray for the streaming service Disney+. It is part of the Star Wars franchise, exploring different Jedi characters from the prequel trilogy era. The series is produced by Lucasfilm Animation.All six Original shorts are streaming on Disney+ October 26.
▶ Watch the Trailer
Posted by anim8trix at 12:00 AM