Puppet/Live-Action Film "Present For You" 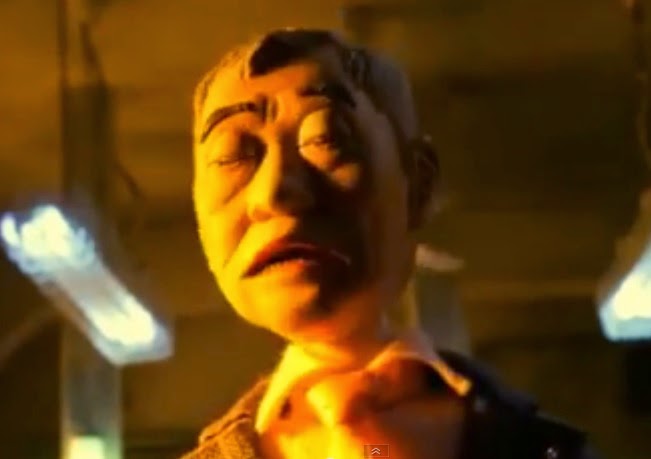 P R E S E N T   F O R   Y O U
Actor Joe Odagiri (live-action Mushishi's Ginko, Kamen Rider Kuuga's titular character) stars in the live-action and puppet-animated film Present For You. The 3D film is slated to open in Tokyo's Shinjuku Wald 9 and other theaters in Japan on February 7.
The story centers around Shigeru Kajiwara (played by Odagiri), a man who works part-time at a health food company. Due to a certain incident, Kajiwara pleases an boss (Isao Natsuyagi), who is in charge of the parent company "Give Me Money." The boss puts him in charge of the dummy corporation Present for You that ostensibly sells health food. The boss decides that certain people are unnecessary and bags them up to send to Kajiwara. It is Kajiwara's job to deal with those people. One day, the important politician Soichiro Muneoka (Akira Emoto) is delivered, and Kajiwara's situation takes an unexpected turn.

The World of GOLDEN EGGS television anime director Yoshihiko Dai directed the project at the studio PLUS heads inc. Dai spent about five years completing the film's world. The film won the International Feature - Live Action division in the 3D Creative Arts Awards in January 2014. The film made its world premiere at the Busan International Film Festival in 2013.
Posted by anim8trix at 12:00 AM