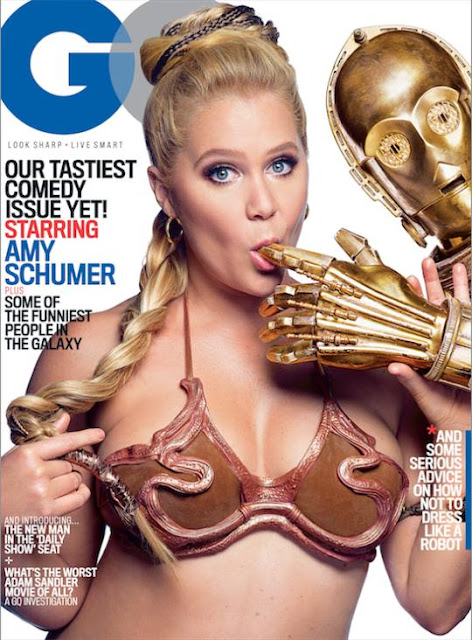 Amy Schumer Joins the
'Star Wars' Bikini Brigade
[Source: Yahoo!Movies] It only appeared on screen for a grand total of 150 seconds, but even today, the metal-bikini outfit that Princess Leia wore at the beginning of the 1983 Star Wars sequel Return of the Jedi remains a fixture in the pop-culture pantheon.

Among previous actresses who’ve paid homage to the steely swimsuit: Jennifer Aniston, who wore it during a famous scene in Friends (it was Ross’s fantasy, of course); Olivia Munn, who wore during a live Attack of the Show segment; Yvonne Strahovski, who wore it on the comedy Chuck; and Kim Kardashian who donned it when she was less famous.

Now joining the bikini brigade is Trainwreck writer and star Amy Schumer, who dons the outfit on the cover of the new issue of GQ magazine. The 34-year-old Schumer isn’t just paying homage to Leia in the photo — she’s also seen sucking on one of C-3PO’s metallic fingers. The picture is just one of several highly sexualized Star Wars-themed shots featured in the magazine, more of which can be seen below. 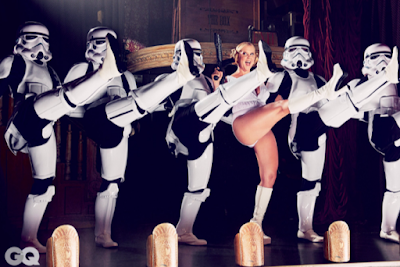 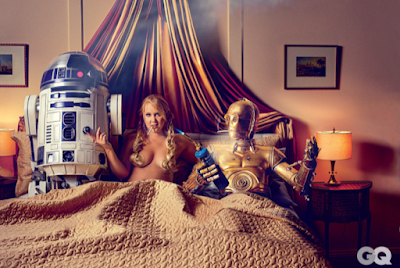 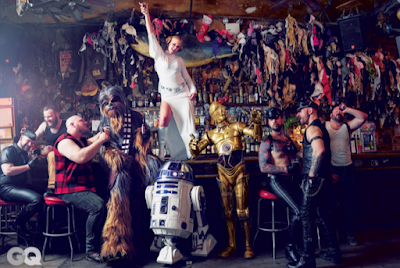 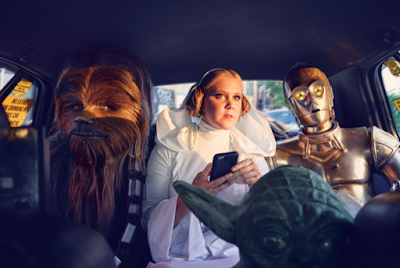 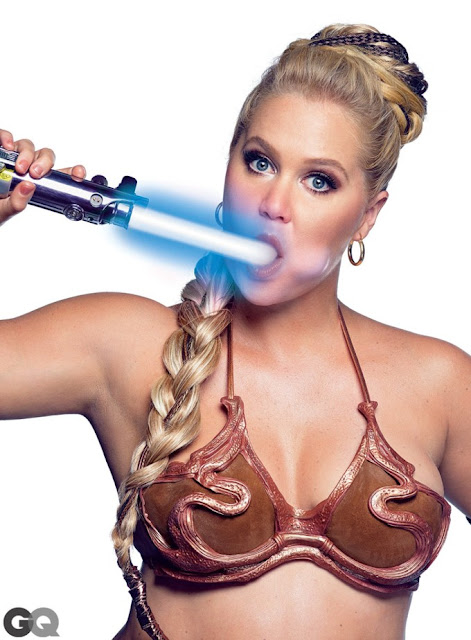