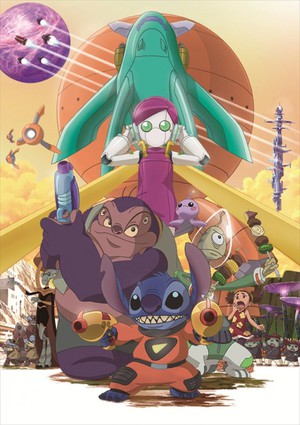 In the story, a mysterious giant tank rocket begins stealing resources from various planets. On Earth, Yūna and Boogoo get involved in the incident and disappear. In order to save Yūna, Stitch teams up with Tiira.

The Stitch! anime is based on Disney's Lilo & Stitch! film. Disney co-produced the series with Japan's Mad House anime studio. 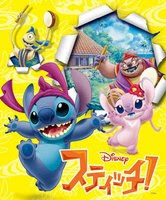 Unlike the previous Lilo & Stitch! sequels which starred a Hawaiian girl named Lilo, the Stitch! series is based in a fictional island (not dissimilar to Japan's Okinawa) with a heroine named Yūna. The title character Stitch, a runaway alien test subject, remains largely unchanged in MADHOUSE's version.

The series premiered on Disney XD in the United States but only five episodes aired. The first season has aired with the English dub in other territories.

Take a look at the anime tv show dubbed in English:
Posted by anim8trix at 12:00 AM