[Source: blastr.com] There are a total of nine scifi/fantasy TV shows airing in Janaury 2016. Here is the list to help you set your television-watching schedule. 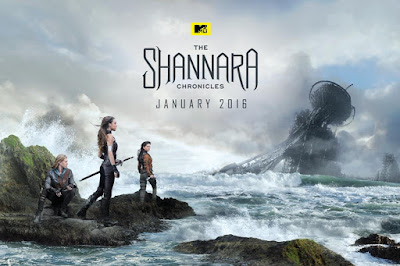 Based on a series of novels by Terry Brooks, The Shannara series was a rather blatant, um, “homage” of Lord of the Rings, with elves and quests and swords. But it was a must-read for fans in the 1980s who had exhausted Tolkien and Zelazny’s Amber series and were still waiting for Guy Gavriel Kay and Terry Pratchett to come along.
However, this show, which takes place in a fantastical, post-apocalyptic Earth, very much has a style of its own. Young elven Princess Amberle becomes a Chosen, a guard of the Ellcrys tree, the first woman in memory. But this high fantasy is balanced by a  surprisingly modern attitude. At one point, Amberle tells an older woman, “I need your help.” The older woman asks plainly, “How far along are you?” 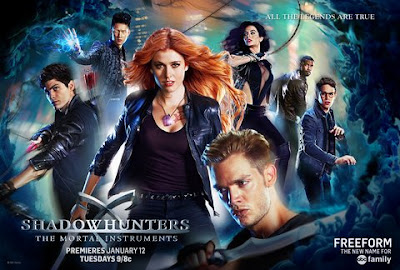 Shadowhunters is based on Cassandra Clare’s six-book series The Mortal Instruments, (which, as you may recall was turned into the 2013 film, The Mortal Instruments: City of Bones). In the series, young Clary Fray learns she’s a shadowhunter, that is, born with angelic blood. However, our heroine was given an extra dose of angel blood in utero, which means she kicks demon tail with extra emphasis.

With a teenage audience firmly in marketers' cross-hairs, the action (demons doing dirty deeds) and the creepy emotional troubles (love interest Jace Wayland may or may not be Clary’s brother) will be less Supernatural, more The Vampire Diaries.

A dead policeman, Ray Pritchard, is brought back to life in a new body, one that’s stronger and faster than you’d expect from a revenant. That’s because the body he inhabits has been genetically spliced from multiple fabulous sources. But he’s still the same 75-year-old man on the inside. And that man was a jerk.

When the show begins, Pritchard works to find his killer, as well as to repair the relationships (his son called him “selfish”) he damaged during his first chance. Along the way, he gets help from twins Mary and Otto Goodwin, the Frankensteins to Pritchard’s Frankenstein’s Monster. 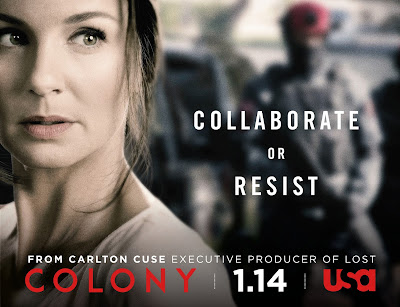 It’s the near future, and aliens, who are prepping to take over the world, have sent a force to occupy the world’s major cities. The sick and weak are culled. Food is scarce. And Will and Katie Bowman are just trying to stay alive with their two children…and find their missing third child.

The family’s survival is placed in jeopardy when Will is arrested. Proxy Snyder, who collaborates with the aliens, suggests that if Will helps expose the leaders of the Resistance, he can have his son back by telling him, “Good things come to the loyal.” Only one big problem: Katie is with the Resistance. 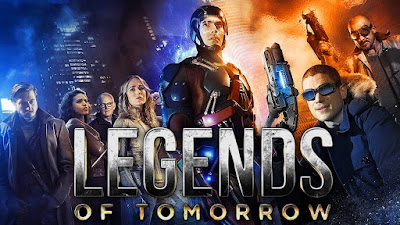 The DC Universe takes some of Arrow and The Flash’s characters, adds a few new ones to the mix, stirs them up with a mission to save the future, and voila. Instant superhero team.

In this show, time traveler Rip Hunter, played by fan favorite Arthur Darvill, arrives to recruit our protagonists. To stop the villainous Vandal Savage, Rip has to bring the soon-to-be legendary team to the past (and I assume, eventually, to the future). From what we’ve seen in the trailers, this team will have to be extra BAMF-y to compensate for the fact that they’re wearing bell bottoms. 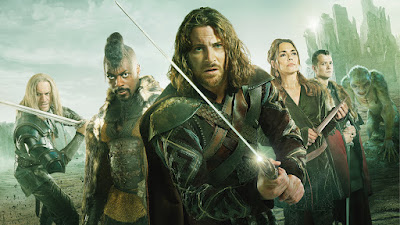 Hwaet! Beowulf is the hero of this epic Old English saga-turned-TV show, and he has more than Grendel and his mother to contend with. Returning to his home, the Shieldlands, after the death of his adoptive father, Hrothgar, Beowulf has to survive court intrigue…and Hrothgar’s unwelcoming son. It’s a loose adaptation, to be sure.

This show, which will air here in the U.S. on Esquire TV, was actually produced by the UK channel ITV. Season one began airing in the UK on January 3. 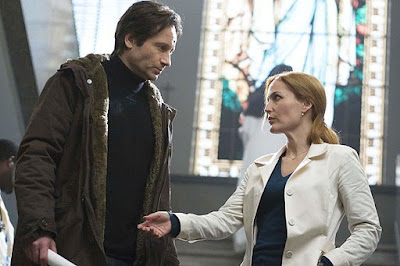 The 1993-2001 series is one of my all-times favorites. After all, it's not every series that balances horror, humor, and paranoia with as much dexterity. Even though ardent fans recognized the need to close the X-Files, we kept the home fires burning for Mulder, Scully, and their trust issues. We’re being rewarded with a six-episode miniseries.

In the upcoming series, creator Chris Carter promises us we’ll be getting everything we loved about the original X-Files--and that includes alien conspiracy and monsters of the week episodes. And what X-Files run would be complete without a humorous episode? Oh look, there’s an episode entitled “Mulder and Scully Meet the Were-Monster.” I'm already grinning. 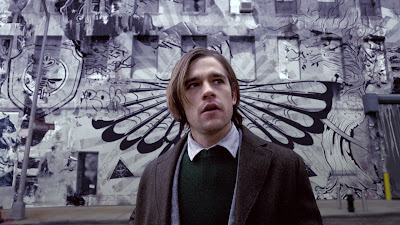 Another trilogy-turned-TV show, Lev Grossman’s The Magicians is beloved by readers, who liken it to a more grown-up Harry Potter. At the beginning of the book, a young man tries to interview at Princeton, but finds himself interviewing for Brakebills, a school of magic, instead.

Amusingly, our geeky protagonist Quentin Coldwater is in love with a fantasy series of novels. And as the books (and TV show) progresses, he learns these novels are real. Dangerously so. 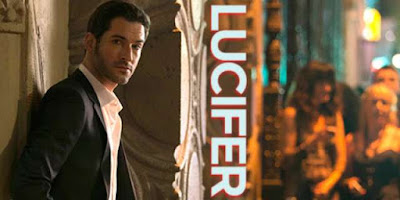 Initially a creation of Neil Gaiman, Lucifer had his own comic book written by the fabulous Mike Carey (and if you haven’t read his Felix Castor novel series, you should get on that immediately). In 75 issues, Lucifer cemented himself as one of Vertigo’s most popular villains.

Bored with reigning in hell, Lucifer vacates the premises and moves to Los Angeles, where he runs a nightclub (how very devilish of him). Soon he finds himself teamed up with a policeman to solve crimes. It seems the Morningstar has an ability to get everyone to confess their darkest desires—everyone except the pretty female cop he teams up with.