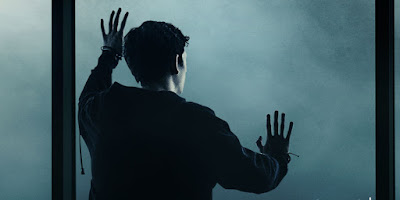 T  H  E    M  I  S  T
Spike’s The Mist centers around a small town family that is torn apart by a brutal crime. As they deal with the fallout an eerie mist rolls in, suddenly cutting them off from the rest of the world, and in some cases, each other. Family, friends and adversaries become strange bedfellows, battling the mysterious mist and its threats, fighting to maintain morality and sanity as the rules of society break down.

The 10-episode drama is based on Stephen King’s 1980 horror novella about a small Maine town (the author’s locale of choice) suddenly shrouded in a mist that’s hiding some unearthly monsters. The book was most recently adapted for the big screen by former Walking Dead showrunner Frank Darabont back in 2007 and starred Thomas Jane, Marcia Gay Harden and Laurie Holden.