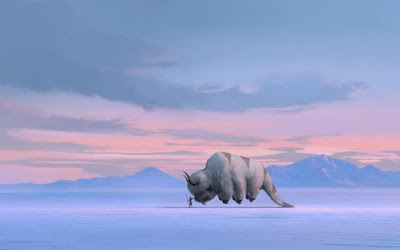 [Source: ToonZone] Netflix has announced that it has begun production on a live-action series based on Avatar: The Last Airbender, the hit Nickelodeon animated series. Co-creators Bryan Konietzko and Michael Dante DiMartino are both overseeing the new series, and issued a joint statement commenting on the previous live-action feature film adaptation directed by M. Night Shyamalan:

“We’re thrilled for the opportunity to helm this live-action adaptation of Avatar: The Last Airbender. We can’t wait to realize Aang’s world as cinematically as we always imagined it to be, and with a culturally appropriate, non-whitewashed cast.

It’s a once-in-a-lifetime chance to build upon everyone’s great work on the original animated series and go even deeper into the characters, story, action, and world-building. Netflix is wholly dedicated to manifesting our vision for this retelling, and we’re incredibly grateful to be partnering with them.”

The series comes on the wake of the premiere of the nine-episode animated series The Dragon Prince, a new series co-created by Avatar head writer Aaron Ehasz with Avatar alumnus Giancarlo Volpe joining as executive producer and director.
Posted by anim8trix at 12:00 AM