Follow Hilda onto the next "woff" you see
and fly to Week's End for the Club Meeting! 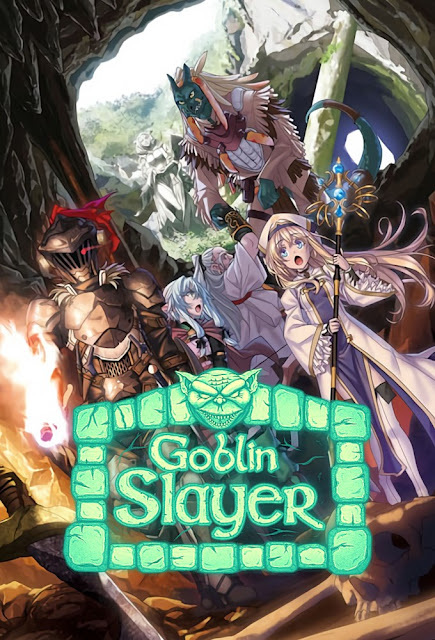 Plot Summary: [Source: MyAnimeList] In a world of fantasy, adventurers come far and wide to join the Guild, in order to complete contracts for whatever jobs are available. An inexperienced priestess joins her first adventuring party, but comes into danger after her first adventurer contract involving goblins goes wrong. After the rest of her party is wiped out, she is saved by a man known as Goblin Slayer, an adventurer whose only purpose is the eradication of goblins with extreme prejudice. 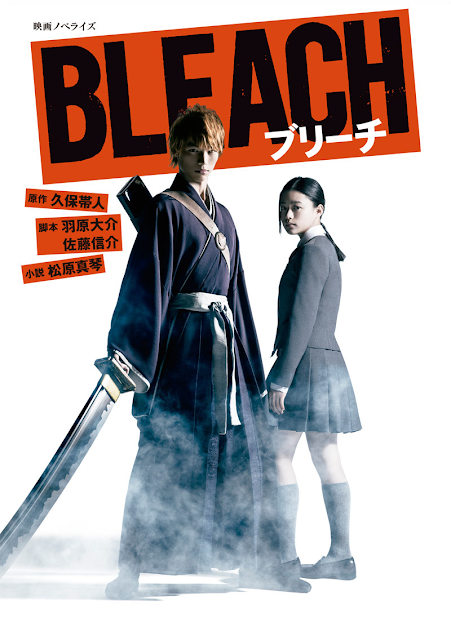 Plot Summary: [Source: Wikipedia] Ichigo Kurosaki is a teenager who lives in Karakura Town with his father, Isshin, and younger twin sisters, Karin and Yuzu. He has the ability to see ghosts, a talent that brings him to the attention of a katana-wielding young woman, Rukia Kuchiki. Rukia explains that she is a Soul Reaper, whose duty is to guide dead souls to an afterlife called Soul Society. Those who die in anger are transformed into monstrous beings called Hollows and it is also a Reaper's duty to purify them with their weapon, Zanpakutō. When Rukia struggles to contain a Hollow, Fishbone D, from attacking the Kurosaki residence, she decides to transfer her Reaper power, Reiryoku, to Ichigo, transforming him into a Reaper. He proceeds to purify the Hollow. The next day, Ichigo learns that Rukia is posing as a new transfer student to his high school. Rukia says that she had expended all her Reiryoku to Ichigo during the emergency transfer and cannot return to Soul Society. Therefore, he has to fight Hollows in her stead until he accumulates enough Reiryoku to do a transfer.
Ichigo constantly refuses the exercise Rukia subjects him to to shape him up, much to her irritation. Meanwhile, Rukia's older brother, Byakuya (Rukia had been adopted by Kuchiki family as a child), sends her childhood friend, Renji Abarai, to fetch her. He has a brief altercation with Ichigo that ends when someone threatens him with arrows, forcing him to flee. The person turns out to be Ichigo's classmate, Uryū Ishida. Uryū is a Quincy, humans who are spiritually aware and can dispatch Hollows with bow and arrows. He hates Reapers for having massacred his kind a long time ago and challenges Ichigo, whom he identified as a Reaper, to fight Hollows by deliberately summoning them.
While Ichigo and Rukia are fighting a Hollow, Hexapodus, they are confronted by Renji and Byakuya. After Renji defeats Ichigo, Byakuya scolds Rukia for having broken the rule not to transfer Reiryoku to a human and gives her an ultimatum: either she forcibly extracts her Reiryoku from Ichigo, thus killing him, or returns to Soul Society as a convict and receives the capital punishment. Not wanting to endanger him, Rukia prepares to give herself up for punishment. However, Ichigo stops her at the last minute and makes a deal with Byakuya: he will purify a greater Hollow called Grand Fisher to gain enough Reiryoku for a non-fatal transfer.
Ichigo vigorously trains for the confrontation, piquing the interest of his classmates, Yasutora Sado and Orihime Inoue, who has a crush on him. He learns that Grand Fisher was the being who appeared to him and his late mother, Masaki, when he was young; Masaki was killed defending Ichigo from its attack. It continues to hunt him since. During a visit to Masaki's grave, Karin and Yuzu are attacked by Grand Fisher. Ichigo is able to free them, before luring it away. Aided by Uryū, he is able to purify the Hollow. Shortly afterward, Renji appears, wounds Uryū, then duels Ichigo. Ichigo manages to defeat him. However, he is unable to land even a single hit at Byakuya and gravely injures himself while trying. To protect him, Rukia reconfirms her vow as a Reaper and does the Reiryoku transfer herself, bidding Ichigo goodbye before returning to Soul Society.
The next day, everyone in Karakura Town have forgotten Rukia. Nevertheless, the film leaves it open to the possibility that Ichigo still remembers her.
Posted by anim8trix at 12:00 AM