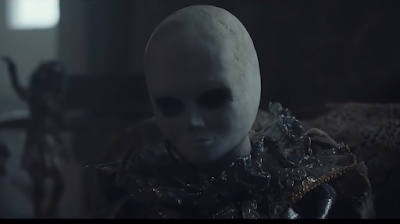 SPOTIFY pulls Horror-themed Ad from U.K.
After Complaints from Terrified Kids
[Source: Syfy] A Spotify ad designed to look and feel like a short horror film has been banned in the United Kingdom, thanks to (if that’s the right phrase) the U.K. consumer watchdog group, the Advertising Standards Authority.
The horror-themed ad features a bunch of young, pretty, hip people using Spotify to play the Camila Cabello song “Havana,” which awakens some sort of doll/mannequin/robot from hell, which stalks the hapless music lovers. But of course, after a parent complained that the ad upset their kids, the ASA looked into it and said, absolutely not.

Now, to be fair to the ASA, the ad is pretty freakin’ terrifying — see for yourself: