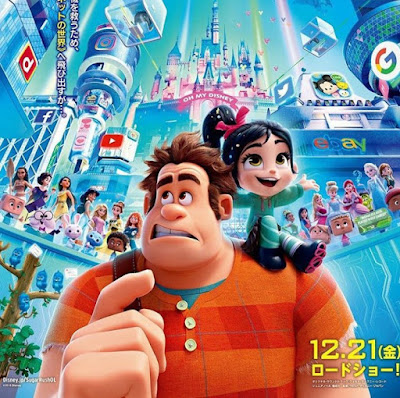 Wreck-it Ralph 2:
RALPH BREAKS THE INTERNET
Ralph’s back, with an all new trailer now loading!

Join Ralph and Vanellope in their newest buddy-comedy adventure, and explore the worldwide web in a whole new way... with humour, heart and some unexpected guests that only Disney can bring along!

Vanellope von Schweetz and Wreck-It Ralph leave the arcade world behind to explore the uncharted and thrilling world of the internet. On a quest to save Vanellope’s racing game, how will these two misfits ever succeed in this vast new world?

Sit down, login in and get ready to experience “Ralph Breaks The Internet”.
Posted by anim8trix at 12:00 AM