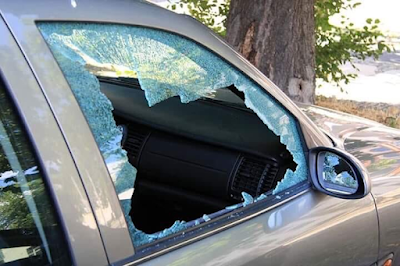 Be careful out there everyone.
I had 2 Morbius tickets in my car and
someone broke in and left 4 more.
Fountaindale Public Library
300 W. Briarcliff Road
Bolingbrook, IL 60440
Board Room, Second Floor
From 11:15 AM to 5:00 PM 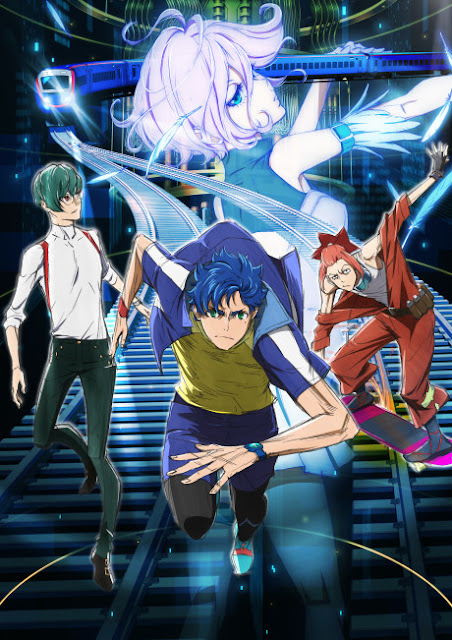 Tokyo 24-ku
Plot Summary: An artificial island in Tokyo Bay—Kyokutou Houreigai Tokubetsu Chiku (Far East Special District), commonly known as the 24-ku (24th Ward). Childhood friends Ran, Kouki, and Shuuta, who were born and raised there, have different family backgrounds, hobbies, and personalities, but always hung out together. However, their relationship changes drastically in the wake of a certain incident. At the first anniversary memorial of the incident, the three friends happen to meet again and their phones begin to ring simultaneously. The phone call is from a supposedly dead friend, urging them to "choose the future." The three will try to protect their beloved 24th Ward and the future of its people in their own ways.
12:05 - 12:55    Heike Monogatari 3-4 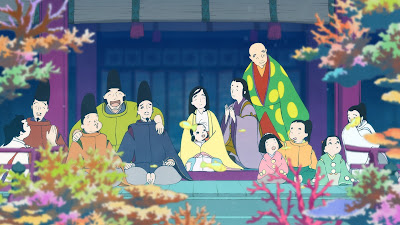 Mushoku Tensei: Jobless Reincarnation
Plot Summary: Despite being bullied, scorned, and oppressed all of his life, a thirty-four-year-old shut-in still found the resolve to attempt something heroic—only for it to end in a tragic accident. But in a twist of fate, he awakens in another world as Rudeus Greyrat, starting life again as a baby born to two loving parents. Preserving his memories and knowledge from his previous life, Rudeus quickly adapts to his new environment. With the mind of a grown adult, he starts to display magical talent that exceeds all expectations, honing his skill with the help of a mage named Roxy Migurdia. Rudeus learns swordplay from his father, Paul, and meets Sylphiette, a girl his age who quickly becomes his closest friend. As Rudeus' second chance at life begins, he tries to make the most of his new opportunity while conquering his traumatic past. And perhaps, one day, he may find the one thing he could not find in his old world—love.
2:15 - 3:05    Attack on Titan: FINAL Season - Ep. 5-6

ATTACK on TITAN: Final Season
Plot Summary: Gabi Braun and Falco Grice have been training their entire lives to inherit one of the seven titans under Marley's control and aid their nation in eradicating the Eldians on Paradis. However, just as all seems well for the two cadets, their peace is suddenly shaken by the arrival of Eren Yeager and the remaining members of the Survey Corps. Having finally reached the Yeager family basement and learned about the dark history surrounding the titans, the Survey Corps has at long last found the answer they so desperately fought to uncover. With the truth now in their hands, the group set out for the world beyond the walls. In Shingeki no Kyojin: The Final Season, two utterly different worlds collide as each party pursues its own agenda in the long-awaited conclusion to Paradis' fight for freedom.
3:05 - 4:43    Kimi wa Kanata (Over the Sky) [Movie] 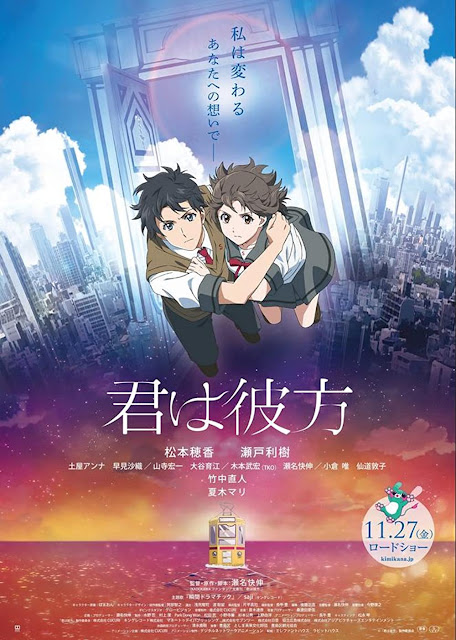 Kimi wa Kanata - "Over the Sky"
Plot Summary: Mio has feelings for her childhood friend Arata, but can't convey her feelings. One day, as they continue their delicate relationship, the two fight over something trivial. After letting tensions settle, Mio goes to make up with him in the pouring rain. While on her way, she gets into a traffic accident. When she regains consciousness, a mysterious and unfamiliar world appears before her eyes.
Posted by anim8trix at 12:00 AM