The Long-eared Samurai swings into Netflix 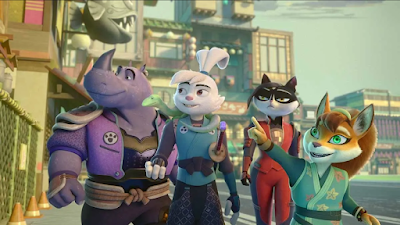 Samurai Rabbit: The Usagi Chronicles
Prepare yourself for the adventures of the Samurai Rabbit as he and his friends battle evil and strange yokai monsters to save the world. Based on creator Stan Sakai‘s iconic sword-wielding rabbit, Usagi Yojimbo, from Netflix and Gaumont Animation. 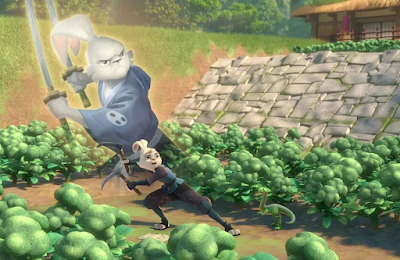 Samurai Rabbit: The Usagi Chronicles follows the teenage rabbit, Samurai Yuichi, descendent of the great warrior Miyamoto Usagi, on his epic quest to become a true samurai. But he isn’t alone! He leads a ragtag team of misfit heroes — including a roguish bounty hunter, a cunning ninja, an acrobatic pickpocket and a faithful pet lizard — as he battles depth-charging moles, metal-tipped winged bats, and monsters from another dimension, all in the pursuit to become the best Samurai Usagi! 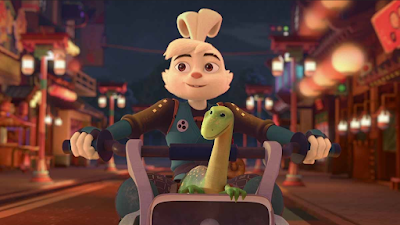 Ten episodes are scheduled for the first season. While this CG animated series will focus on his descendant, Miyamoti Usagi will appear in sequences rendered in 2D. 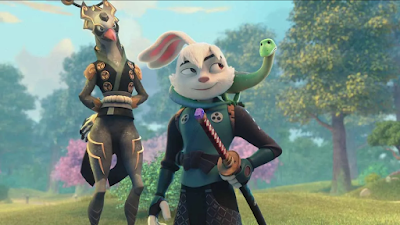 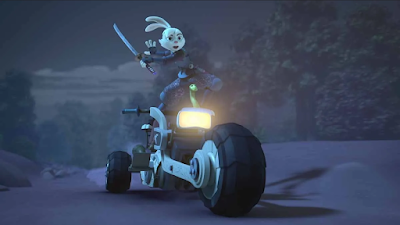 The voice cast includes Darren Barnet as Yuichi Usagi, Shelby Rabara as Kitsune, Aleks Le as Gen, and Mallory Low as Chizu.
Samurai Rabbit: The Usagi Chronicles is available on Netflix April 28!
▶ Watch the Trailer
Posted by anim8trix at 12:00 AM