The Doors to Disaster are Opening... 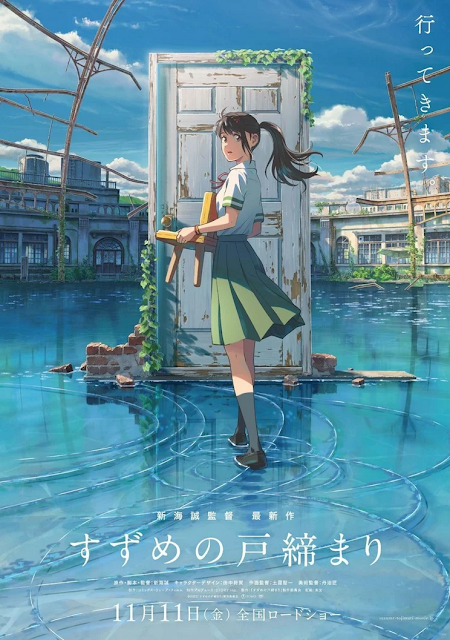 Suzume no Tojimari
The film is about Suzume, a 17-year-old girl who lives in a quiet town in the Kyushu region of southwestern Japan. The story begins when Suzume meets a young man looking for a "door". The two travel together and find an old door at an abandoned house in the mountains. As if pulled by something, Suzume reaches out her hand towards the door and is pulled in. "Doors of Disaster" begin to appear across Japan, which started a series of unfortunate disasters.

The film is a journey through Japan as Suzume needs to close and lock the "Doors of Disaster" one by one to stop the disasters, as well as an adventure and battle in the modern world in search of a girl's maturity and freedom.
▶ Watch the Trailer
The film will be released theatrically in Japan on November 11, 2022, by its distributor, Toho.
Posted by anim8trix at 12:00 AM