Here's What It Means for Disney...

X-Men: Apocalypse is due on May 27, 2016, and presumably will feature the Marvel villain Apocalypse, who first appeared in the X-Men comics in the 1980s, when I was still a young collector. Those stories centered on an ancient Egyptian mutant -- i.e., Apocalypse -- who'd been stirred to life by a series of time-shifting events introduced in the X-Men spinoff book, X-Factor.

Whether Singer will choose to explore that plotline is unknown at this point. All we can say for sure is that he'll build on whatever is revealed in the next X-Men movie, Days of Future Past, which hits theaters next year on May 23. Here's what I think the announcement means for Disney:


1. Marvel's profit profile is growing more impressive by the day. We spend a lot of time talking about the numbers Marvel Studios puts up for self-produced films, and for good reason. Both The Avengers and Iron Man 3 earned more than $1 billion at the worldwide box office, resulting in what I suspect was at least $1.8 billion in gross profit. Yet Fox's six-movie X-Men franchise has earned $1.07 billion in U.S. grosses and $2.3 billion worldwide, according to Box Office Mojo. We also know from filings in years past that Marvel's licensing deals typically called for a producer fee of between 8% and 10% of the gross. Fox's future X-Men movies could bring Disney hundreds of millions in profits.


2. Disney is never getting the X-Men rights back. On the downside, Fox's ever-expanding X-Men movie slate means Disney and Marvel are unlikely to ever reclaim this franchise. So long as Fox continues to make movies based on the characters, it keeps the license barring some sort of buyout. Investors shouldn't expect (or want) Disney to overbid when the current deal pays so well.


3. Demand for multi-universe crossovers may be coming. Fans, on the other hand, have plenty to groan about. Avengers vs. X-Men as a movie? It won't happen, unless studio executives come to a landmark cross-licensing arrangement that allows for co-producer credits and equitable sharing of movie costs and profits. Sadly, Hollywood doesn't have a great reputation when it comes to striking such fan-friendly deals.


Now it's your turn to weigh in. What do you expect from X-Men: Apocalypse? Do you like Fox's approach with the various X-Men movies? Leave a comment below to let us know what you think. 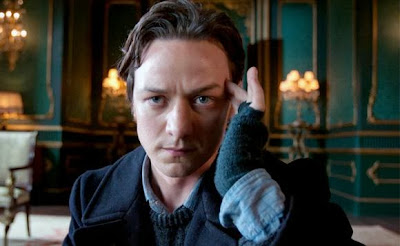