Watch the Scarlet Witch in Action 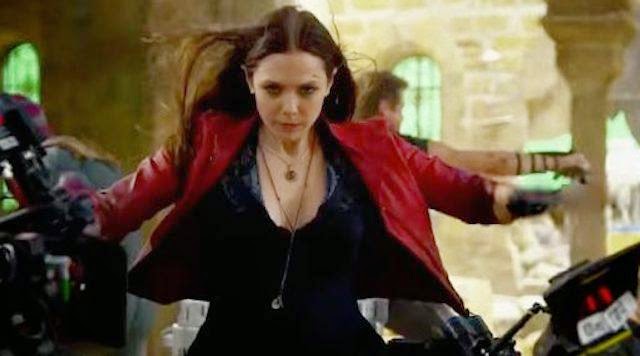 T H E   S C A R L E T   W I T C H
[Source: blastr.com] Here's a brief behind-the-scenes video for Avengers: Age of Ultron, with its director, Joss Whedon, fueling the bonfires of fandom with the merits of his megabudget sequel and showing a few peeks into the filming of some key action scenes involving Elizabeth Olson as the Scarlet Witch.  Mass Destruction?  Check.  Superheroes?  Check.  Beautiful locations?  Check.  Also watch for a couple flash shots of Aaron Taylor-Johnson as Quicksilver darting through a rubble-strewn set.  This video is part of a longer bonus feature on the Guardians of the Galaxy Blu-ray being released tomorrow.   Marvel's Avengers: Age of Ultron zooms into theaters on May 1, 2015.   Have a short look.
Posted by anim8trix at 12:00 AM