Watch This Awesome Millennium Falcon
Drone Take to the Skies 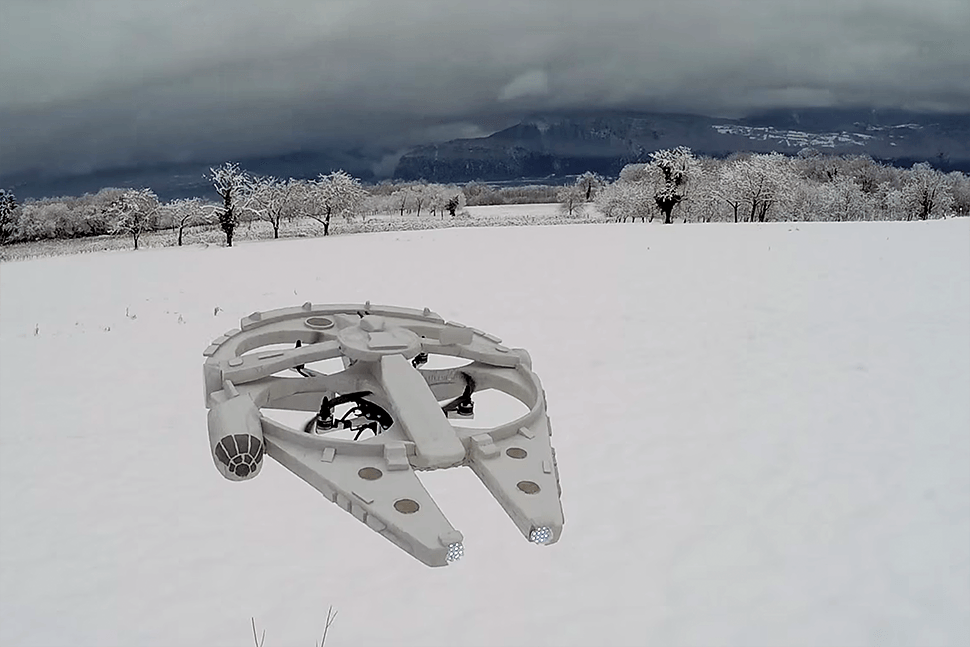 The UAV is DIY from the ground up, FYI. The quadcopter itself is a custom-built rig called the “Prophecy 335,” which according to notes posted to the forums of rcgroups.com, is designed “to go fast, very fast, and low, very low.” Presumably, this is to facilitate low-altitude flying over the surface of large asteroids.

The foam shell, meanwhile, is cut from lightweight insulation material chosen specifically for its color-match with the grimy, off-white spaceship of the films. The process was exacting indeed, with down-to-the-gram weight adjustments and just 10 mm of space between the rotor blades and the foam.

And check out the attention to detail: The drone has a made-to-scale cockpit, gun turrets and a bank of blue-white LEDs to match the Falcon’s famous rear thrusters. The top-mounted antenna dish is even modeled after the rectangular design in the trailer for the new film — as opposed to the circular dish in the original movies. Also note the Star Wars music and fonts in the demo videos.

Most importantly, the Falcon flies. Here’s the video of the drone’s maiden night flight, but you can track down additional videos on the YouTube channel, including a harrowing mission on the ice planet of Hoth.