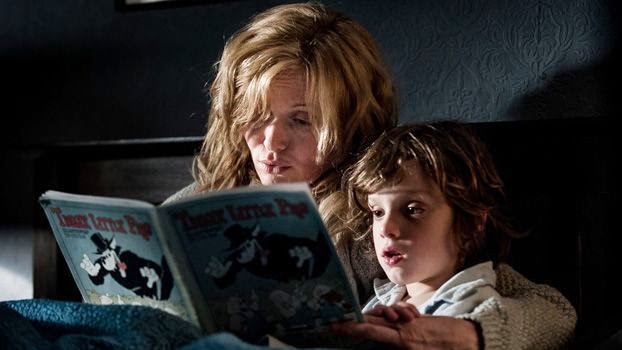 ‘Dr. Seuss’ The Cat in the Hat’ Is as Terrifying
as ‘The Babadook’ in Parody Trailer
While some might consider the idea of a giant, talking cat in a hat terrifying on its own, someone has turned “Dr. Seuss‘ Cat in the Hat” into a horror as terrifying as Jennifer Kent’s critically acclaimed directorial debut “The Babadook.”

A new parody trailer mashes up the 2003 family film starring Mike Myers with the 2014 monster movie about a mother and son fighting off an evil force that begins haunting them after a twisted pop-up book mysteriously shows up in their home.

As a result, Myers’ take on the classic children’s book character is no longer just bad in a critical sense — it’s scary.
Posted by anim8trix at 12:00 AM