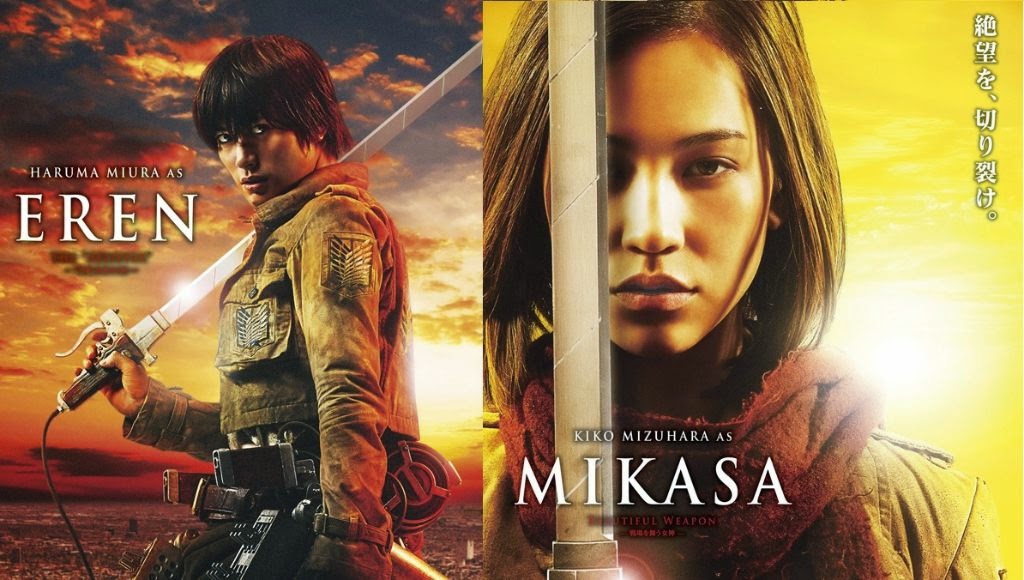 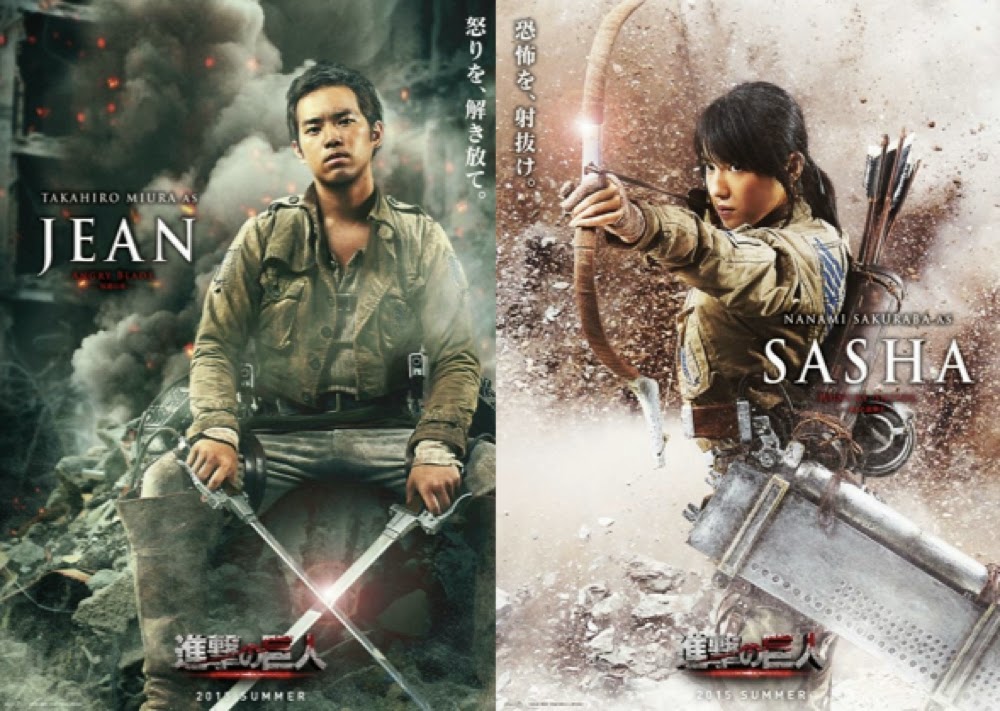 T I T A N
[Source: blastr.com] The cavalcade of colossal cannibals in the manga sensation Attack on Titan will stomp onto the big screen and storm the walls in its upcoming live-action assault. The first look at the towering skinless creatures was recently featured on a Japanese talk show's showbiz segment, where they viewed an astonishing assortment of footage from this year's peasant-plucking, farmer-devouring blockbuster.

The transition from anime to live action appears to adapt smoothly in the faithful iteration directed by Shinji Higuchi, whose previous work on Neon Genesis Evangelion, Kill la Kill and his Giant God Warrior Appears in Tokyo short film is also featured in this crazy extended preview.

Check out the charging monster emerging from the mist starting at 00:58, bent on making brunch out of the local citizens, and tell us if you're hungry for more.
Posted by anim8trix at 12:00 AM