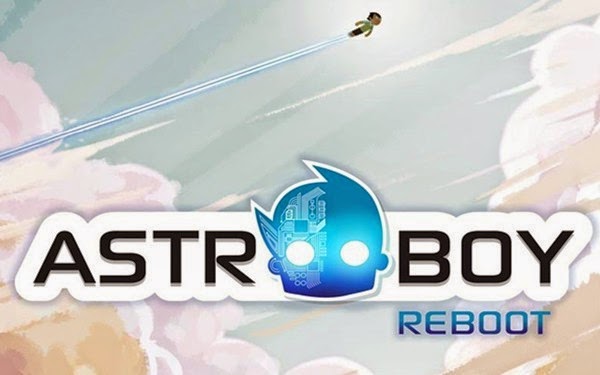 A S T R O   B O Y   R E B O O T
[Source: ToonZone] Caribara Animation has posted an official upload of the first teaser trailer for the French / Japanese coproduction Astro Boy Reboot, which is currently being developed as a 26 episode television series targeted at 8-to-12 year olds. The teaser first debuted earlier today during the event MAGIC in Monaco. The cartoon, which uses a combination of 2D and CG animation techniques, is being produced by Shibuya Productions in Monaco, Caribara Production in France and Tezuka Productions in Japan.

True to its name, Astro Boy Reboot was announced as a reintroduction of Osamu Tezuka’s  iconic creation that will mix “positive things from the past version and new elements”, in the words of Shibuya Productions founder Cedric Biscay. The creators are at liberty to tell a completely new story inclusive of original characters, and the cartoon’s storyline is to take place in a contemporary setting. The late Osamu Tezuka conceived of Astro Boy as a tremendously powerful boy robot capable of emotion, who’s rejected by his creator Dr. Tenma as a failed attempt at replicating his deceased son. However Astro is later discovered and taken in by the kindly Dr. Ochanomizu, after which he uses his abilities to fight for the betterment of humans and other robots.

The new 1 minute, 22 second teaser depicts Astro Boy taking flight throughout and beyond his home city, and also credits the following staff:
Posted by anim8trix at 12:00 AM