LOS ANGELES, Calif. – (JUNE 15, 2015) Today, at the Sony Computer Entertainment America, Inc. E3 2015 press conference, Disney Interactive, Lucasfilm and Sony announced that Boba Fett will be joining Disney Infinity 3.0 Edition as part of a new limited edition offering. TheStar Wars™ Saga Starter Pack for PlayStation®4 and PlayStation®3 computer entertainment systems will be the only place that fans will be able to play as Boba Fett in Disney Infinity 3.0 Edition through the holidays, and will also allow fans to get the Star Wars™ Rise Against the Empire Play Set nearly a month before it hits store shelves. As part of the announcement, the company also debuted the world premiere of the official trailer for the Star Wars Rise Against the Empire Play Set.

One of the most feared bounty hunters in the galaxy, Boba Fett will use his martial arts skills and blaster rifle to help the Galactic Empire hunt and track down prey. Instantly playable in the updated and enhanced Disney Infinity 3.0 Toy Box, Boba Fett is also unlockable in all of the Star Wars Play Sets.
The limited edition exclusive Sony offering includes:

Additional Star Wars Play Sets will be available for Disney Infinity 3.0 Edition and sold separately this holiday, including Star Wars Rise Against the Empire and Star Wars™ The Force Awakens™. In addition, players will be able to unlock the ability for all Star Wars characters to play inside all of the Star Wars Play Sets, as well as in the newly enhanced Toy Box, along with all characters previously released for Disney Infinity. The game is rated E10+ by the ESRB and will be available this fall. 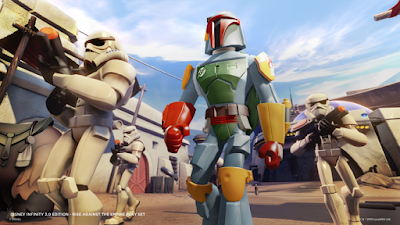 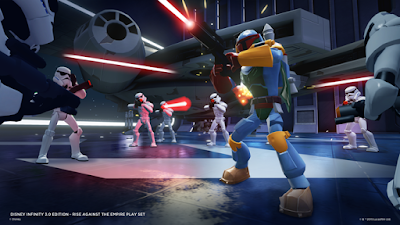 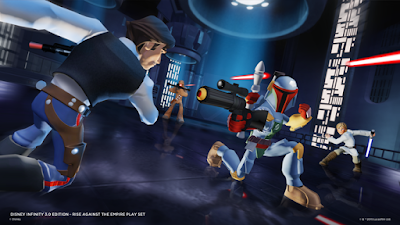 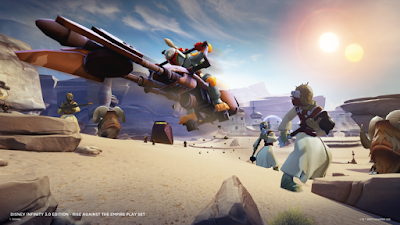 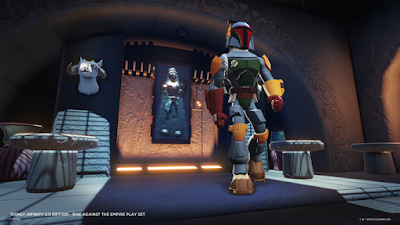 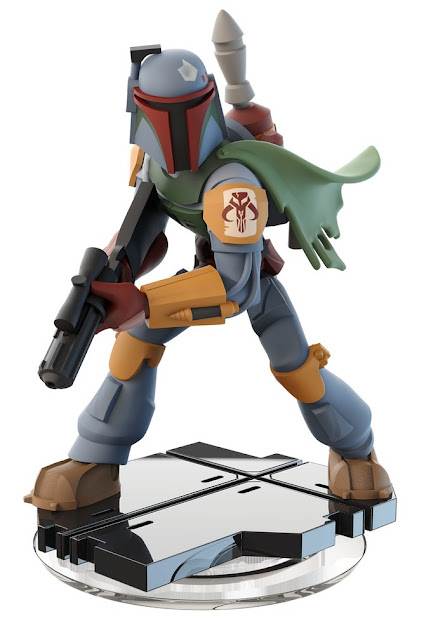