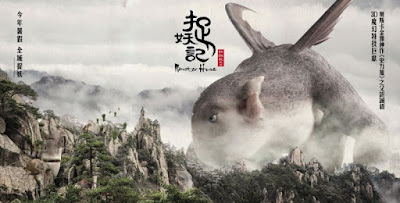 The fantasy adventure is smashing records, setting a new benchmark for opening day and single day grosses ever for a local film. It also pulled in $8.7 million from Imax screenings, a new opening weekend record for a Chinese-produced film, topping 2014’s “The Monkey King.”

The film is drawing crowds for its special effects-driven battles between humans and monsters. It’s not the only Chinese release doing big business. “Jianbing Man,” a comedy about a fading movie star who finds himself in danger, racked up $61 million, nabbing third place on overseas charts, while “Monkey King: Hero is Back,” roped in $21.5 million for a fifth place finish.

Second place went to Universal’s “Minions,” which added $66.2 million to its haul, bringing its global total to $625.8 million. The film is screening in 56 territories, with eight more territories slated for release over the next two months.

“Ant-Man,” Marvel and Disney’s latest superhero adventure, nabbed fourth place with $56.4 million. The comicbook movie opened in 37 markets, including such major territories as Russia, France, Australia, the United Kingdom, Brazil and Mexico. Globally, the film, which topped the domestic box office with $58 million, has earned $114.4 million.
Posted by anim8trix at 12:00 AM