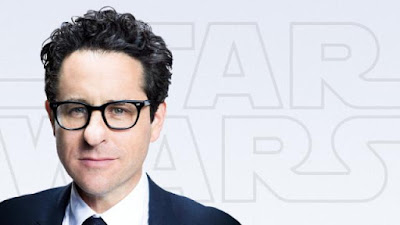 RETURN of the J.J.
[Source: Yahoo!News] Disney and Lucasfilm are going with a familiar name to close out the new trilogy of Star Wars films.

The currently untitled Episode IX will be directed by J.J. Abrams, who previously directed and co-wrote The Force Awakens. This time around, he'll be writing the script with Chris Terrio (who won an Oscar for Argo, then worked on Batman v. Superman and Justice League).

Episode IX's previously announced director, Colin Trevorrow, departed the film last week, with Lucasfilm saying, "We have all come to the conclusion that our visions for the project differ." Trevorrow was just the latest of several directors — Josh Trank, Phil Lord and Chris Miller, plus Gareth Edwards, who was sidelined during reshoots on Rogue One — who appear to have been fired from Star Wars directing gigs.

All of them were relatively inexperienced when it came to live action blockbusters, so it's not surprising that Lucasfilm President Kathleen Kennedy decided to go with a known quantity this time around, especially when Episode's IX's release date of May 24, 2019 is less than two years away (maybe Abrams will talk Lucasfilm into pushing the date back, as he did with Force Awakens).

Abrams, meanwhile, has been active as a producer, but he hasn't signed on to direct a new film since The Force Awakens was released. This will make him the first director after George Lucas to direct more than one Star Wars movie.

Commentary: So if JJ's Episode 7 was basically "A New Hope 2.0," then we can expect to see Ep 9 as "Return of the Jedi 2.0."  Abrams has no original ideas. His Star Trek films were simply ideas ripped off from better movies. STAR WARS deserves better.
Posted by anim8trix at 10:00 AM