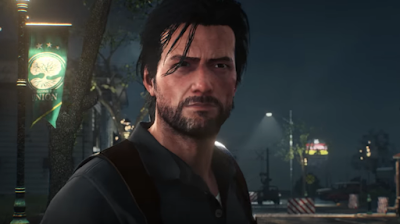 [Source: Syfy] The Evil Within 2 is poised to become one of the most frightening video game offerings this Halloween season, filled with mutated monsters, crawling creatures, and decaying undead.
Bethesda Softworks' scream-inducing sequel to Shinji Mikami's (Resident Evil) 2014 survival horror game, The Evil Within, is stuffed to the exploding eyeballs with logic-defying carnage and senseless slaughter of the tentacular type.

Here's the official synopsis:
As Sebastian Castellanos, you will face unimaginable terrors as you fight to find your daughter within the nightmare of STEM and get her out safely before the entire system crumbles around you. On top of the hideous creatures that roam the streets, you’ll also have to contend with the likes of Stefano and Theodore – twisted individuals who have made their horrific homes inside of STEM and are warping the weakened world to suit their wills. Should the world be completely destroyed, there won’t be any escape for Sebastian or Lily.

Open the door into the mouth of madness in the latest gameplay trailer below and let us know if you'll be brave when The Evil Within 2 arrives on October 13 on PlayStation 4, Xbox One, and PC.