Lucas Reveals Why No Medal for Chewie 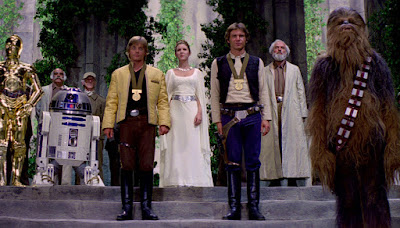 Not Every Hero Gets a Medal
It’s one of the Star Wars universe’s biggest mysteries. Why exactly was poor old Chewbacca the only hero not to receive a medal at the end of A New Hope? There have, of course, been various fan theories explaining the snub over the years. But it’s a statement that director George Lucas gave in 1977 that may settle the matter once and for all. 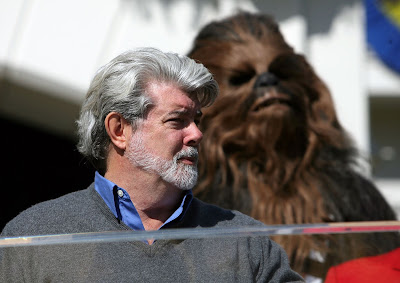 "Chewbacca wasn’t given a medal because medals don’t really mean much to Wookiees,” Lucas reportedly said. “They don’t really put too much credence in them. They have different kinds of ceremonies. The Wookiee Chewbacca was in fact given a great prize and honor during a ceremony with his own people.”
Posted by anim8trix at 12:00 AM