Amazon Prime Original Series:
THE BOYS
Four ordinary men seek vengeance against
the world's mightiest superheroes - The Seven,
who happen to be the biggest villains on the planet.
Literally, the Justice League gone bad.
HIGHLY RECOMMENDED 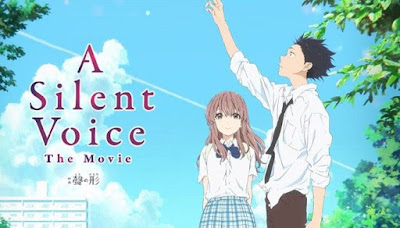 A Silent Voice
In honor of Kyoto Animation Studio, we proudly
present one of their crowning achievements...

Plot Summary: [Source: Wikipedia] Japanese teenager Shoya Ishida intends to commit suicide. Coming to his senses at the last minute, he recalls his days in elementary school and the events that have led him here. A new student named Shoko Nishimiya informs the class that she is deaf. She tries to integrate with the class but ends up annoying Shoya and his friends. Shoya and a few classmates start to bully her. When word of the bullying reaches the principal, Shoya is singled out as the culprit. Soon, the class's bullying is directed toward him, subjecting him to the same treatment he gave Shoko. Shoya blames Shoko and the two get into a physical altercation. She is subsequently transferred to another school. He later finds Shoko's notebook and keeps it. Now in high school, Shoya is a social reject. He blocks out the faces of those around him, unable to look them in the eye. Tomohiro Nagatsuka, another loner, befriends Shoya after he helps Tomohiro with a bully. Shoya visits the sign language center to return Shoko's notebook in the hopes of making amends and reveals he has learned sign language. The two begin meeting at a bridge to feed bread to koi. One day, Shoya jumps into a river after Shoko does the same to retrieve the notebook they drop, which is prohibited. Yuzuru Nishimiya, Shoko's younger sister, secretly takes a photo of Shoya jumping in and posts it online. Shoya is suspended. Shoya finds Yuzuru, who ran away from home, and brings her to stay at his house. When she leaves in the middle of the night, Shoya follows and tells her that he is remorseful for the way he treated Shoko, and she decides to go home. The sisters' mother, Yaeko Nishimiya, slaps Shoya's face before bringing Yuzuru inside. Shoya and Shoko reunite with Miyoko Sahara, a classmate from elementary school who was friendly to Shoko. Shoko gives Shoya a gift and confesses her feelings for him, but because she tries to speak her affections rather than signing them out, Shoya does not understand her.
Posted by anim8trix at 12:00 AM