Rick and Morty Do Star Trek 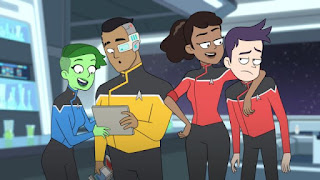 STAR TREK: Lower Decks
[Source: Yahoo!] Get ready for Star Trek to boldly go where the franchise has never gone before. We're not talking about on the Star Trek timeline – but about genre and style.

Star Trek: Lower Decks will be the first "out-and-out" comedy series set in the Star Trek universe. Mike McMahan – who recently acted as showrunner on the animated Solar Opposites with Rick and Morty's Justin Roiland – has created the new animated show, which will centre on the support crew of a Starfleet ship. GamesRadar+ caught up with the series leading voice actor, Tawny Newsome, to discuss her upcoming Netflix series Space Force, and she offers some insight into the Star Trek show. 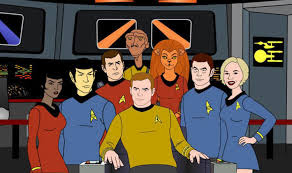 "What won’t I get sued for? It is a comedy for sure," she says. "Yeah, it’s a half-hour. It’s totally animated... It’s so funny. But the thing about Star Trek is, at the core of Star Trek there is so much hope and optimism – like optimism as a species – and personal pride and hope in it. So there are more earnest, hopeful moments, I think, in Lower Decks that grounds a lot of the comedy. 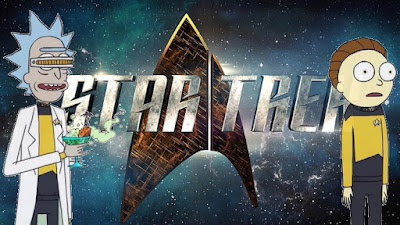 "But it still is very weird for Star Trek. There’s never been an out-and-out Star Trek comedy, and I can’t believe I get to be in the very first one. It’s very cool."

Star Trek: Lower Decks currently has no release date, but all 10 episodes are expected to be released in 2020. 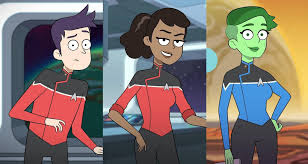 Cast of Characters:
▶ Watch the Trailer
Posted by anim8trix at 12:00 AM