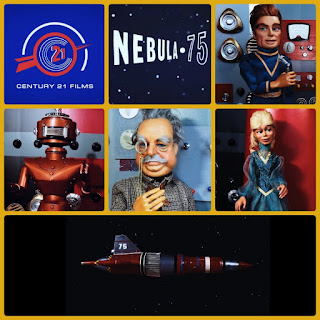 NEBULA 75
'Nebula-75' is a new puppet lockdown drama made entirely during confinement in 2020 using only existing puppets and materials. Filmed in Supermarionation, it follows in the tradition of 'Thunderbirds', 'Stingray' and 'Fireball XL5' while at the same time also being filmed in SuperIsolation and Lo-Budget!
▶ Watch Episode 1
Episode 2: https://youtu.be/-47Za6BkJSM
Episode 3: https://youtu.be/dpv9RmE-Xsw
Episode 4: https://youtu.be/OwD9cCWWhVs 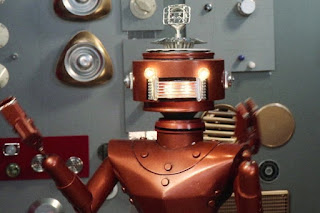 'Nebula-75' charts the exploits of Commander Ray Neptune and the crew of the spaceship NEBULA-75 as they make their way across the stars, encountering strange worlds and forms of life hitherto unknown by mankind. It has been created and produced by a small group of filmmakers during the British lockdown of 2020. Although team members from around the world contributed remotely to pre- and post-production, the entirety of the filming for NEBULA-75 was undertaken by a crew of three who happened to already live together in a small flat in London. Their living room was transformed into a makeshift movie studio – with bookshelves, cardboard boxes and other household objects becoming the interior of the show's hero spacecraft. This flat was also fortunately home to many of the puppets, props, and costumes that have been accumulated over the course of different productions. 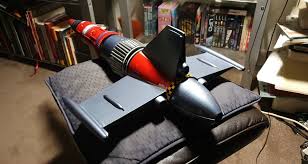 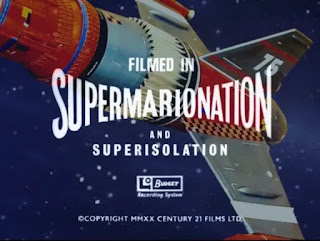 Email ThisBlogThis!Share to TwitterShare to FacebookShare to Pinterest
Labels: fan-made