The Last Unicorn: Death and the Legacy of Fantasy 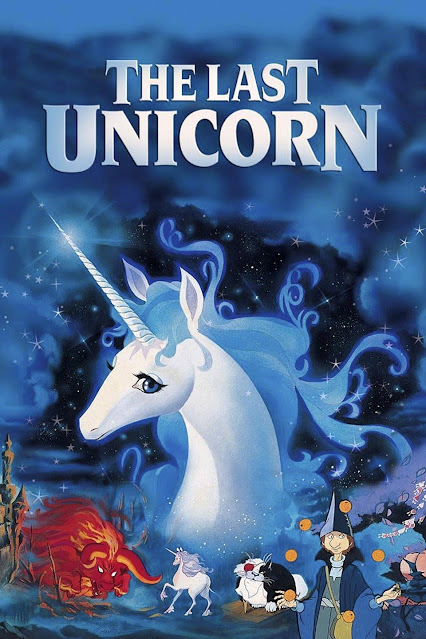 The Last Unicorn:
Death and the Legacy of Fantasy
We examine the idea of mortality in a children's classic movie, The Last Unicorn.
It took Peter S. Beagle "close to two years" to write The Last Unicorn, and he states that "it was hard every step of the way". Beagle came up with the idea for the novel in 1962 while on an "artistic retreat" in Berkshire Hills after Viking Press rejected his novel The Mirror Kingdom. He stated that though the idea for the novel was "just suddenly there", he also said that he had "read tons of fantasy and mythology" from childhood, and that his mother told him that he had shared a story about unicorns during a visit to one of the elementary school classes she taught. He also mentioned that he loved the book The Colt from Moon Mountain by Dorothy Lathrop (a story about a unicorn in Kansas) as a child, and that Spanish artist Marcial Rodriguez had given him a painting of unicorns fighting bulls when he was seventeen. Once he had the idea, he did research on unicorns at the Pittsfield Library. The 85-page manuscript that Beagle first wrote differs greatly from the current version of the book. Though the unicorn "is much the same", the story is set in modern times, and the unicorn is accompanied by a two-headed demon named Webster and Azazel. This original version was published as a limited edition hardcover by Subterranean Press titled The Last Unicorn: The Lost Version in 2006. Beagle stopped working on this initial manuscript in 1963, stating that "[i]t was a dead end", but picked the project up again in 1965.
▶ Watch the Documentary