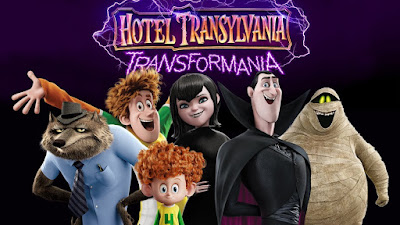 HOTEL TRANSYLVANIA 4: Transformania
Drac's Pack is back, like you've never seen them before in the final chapter of the 'Hotel Transylvania' franchise. Drac's son-in-law, Johnny, feels that he has never really been accepted into the family because he is not a monster, so he tries to find a way to make him into a MONSTER... but things go horribly wrong when he accidentally transforms all of the Monsters into HUMANS, including Drac!
▶ Watch the Trailer
Posted by anim8trix at 12:00 AM