A Musical Adventure by Lin-Manuel Miranda 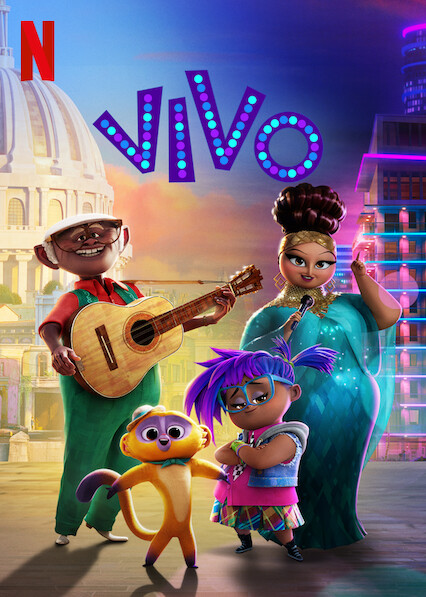 -- V   I   V   O --
A one-of-kind kinkajou (voiced by Lin-Manuel Miranda), embarks on an unforgettable, musical adventure to deliver a love song to Marta (voiced by Gloria Estefan) on behalf of his owner Andrés (Buena Vista Social Club’s Juan De Marcos). Now on NETFLIX.
▶ Watch the Trailer
The film features all-new original songs by Lin-Manuel Miranda, a score by Alex Lacamoire, and a screenplay by Quiara Alegría Hudes and director Kirk DeMicco (The Croods). Vivo is co-directed by Brandon Jeffords (Cloudy with a Chance of Meatballs 2) and voiced by Zoe Saldaña as an overprotective mother, newcomer Ynairaly Simo as her rebellious daughter Gabi, Michael Rooker as a villainous Everglades python, Katie Lowes, Olivia Trujillo & Lidya Jewett as a trio of well-meaning but overzealous scout troopers, Brian Tyree Henry & Nicole Byer as a pair of star-crossed spoonbills, and Leslie David Baker as a Florida bus driver.
Posted by anim8trix at 12:00 AM