It's The Croods TV Series 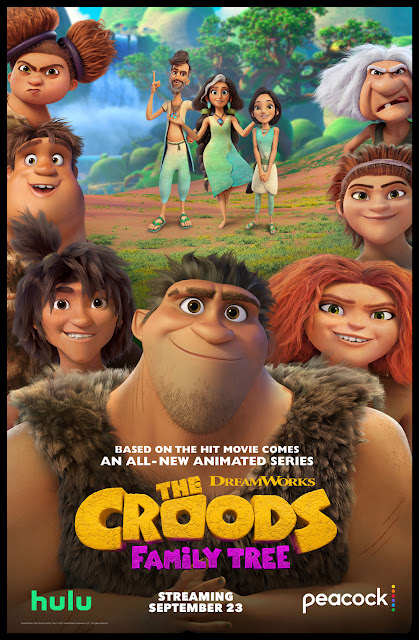 The Croods: Family Tree
DreamWorks announced a CGI animated series titled The Croods: Family Tree, based on The Croods: A New Age and will be streaming September 23rd on Hulu and Peacock. Tran reprises her role as Dawn, while A.J. Locascio reprises his role as Thunk from Dawn of the Croods. The new voice cast features, Amy Landecker as Ugga, Kiff VandenHeuvel as Grug, Ally Dixon as Eep, Artemis Pebdani as Gran, Darin Brooks as Guy, Matthew Waterson as Phil, and Amy Rosoff as Hope. Mark Banker (from Go Dog, Go!) and Todd Grimes (from The Epic Tales of Captain Underpants) serve as executive producers and showrunners for the series.
▶ Watch the Trailer
Posted by anim8trix at 12:00 AM