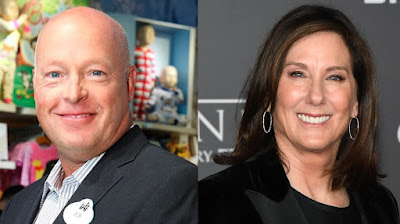 ALL Kathleen Kennedy Projects
Delayed or CANCELLED!
News from Overlord DVD:
Information has been flooding in from MANY of my sources that there has been a MASSIVE UPHEAVAL at Lucasfilm, and ALL of Kathleen Kennedy's projects have been delayed or CANCELLED. Rogue Squadron was only the tip of the iceberg according to these rumors, EVERYTHING is gone, including Rian Johnson's Star Wars trilogy! This is one of the most information-intense videos I've ever made, with each item in it worthy of its own video, so watch it to the end to get every detail out of it, but either way you cut it, Kathleen Kennedy's reign over Lucasfilm appears to finally be at an end!
▶ Watch the Video
Posted by anim8trix at 3:06 PM