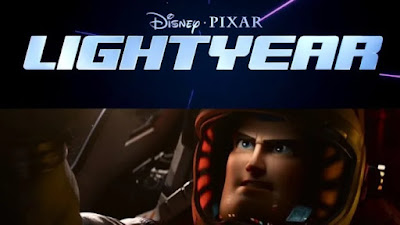 LIGHTYEAR
Lightyear is an upcoming American computer-animated science fiction action film produced by Pixar Animation Studios and Walt Disney Pictures. It is a spin-off of Pixar's Toy Story series, serving as an origin story for the fictional human character Buzz Lightyear, who inspired the action figure of the same name. Chris Evans takes over for Tim Allen as Buzz Lightyear in this 'Toy Story' spinoff, out June 17, 2022.
▶ Watch the Trailer
Posted by anim8trix at 12:00 AM