Take on All Warner Bros. Toons! 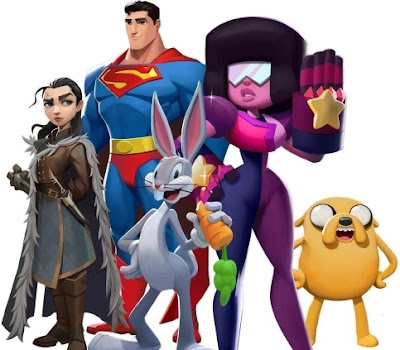 It'll have a team-based 2 vs. 2 format and will also include 1 vs. 1 fights and a 4-player free-for-all mode. It'll have full cross-play support with a dedicated server-based rollback netcode. In addition, MultiVersus promises an all-star cast of voice actors, including Kevin Conroy (Batman), George Newbern (Superman), Abby Trott (Wonder Woman), and more.

Developed by Player First Games, MultiVersus is scheduled to release worldwide in 2022 on PlayStation 5, Xbox Series X|S, PlayStation 4, Xbox One, and PC. Pre-registration for its upcoming play tests is available now.
▶ Watch the Trailer
Posted by anim8trix at 12:00 AM