THUNDER AND THE HOUSE OF MAGIC 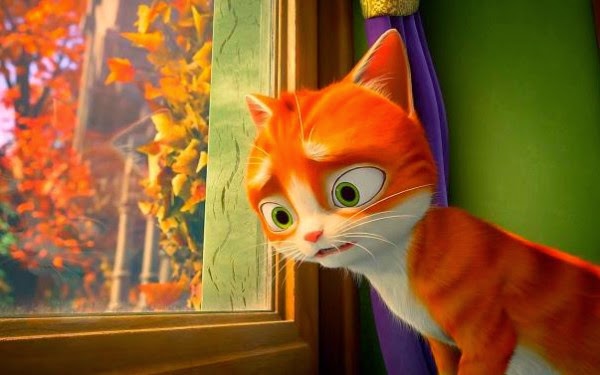 THUNDER AND THE HOUSE OF MAGIC Trailer debuts from Shout! Factory

Already a great box-office success in much of the world, THUNDER AND THE HOUSE OF MAGIC is directed by Ben Stassen (Fly Me to the Moon, Sammy’s Adventures: Escape from Paradise) and Jeremie Degruson (A Turtles Tale: Sammy’s Adventure), with original music by Ramin Djawadi (Pacific Rim, Game of Thrones). The film also features the music by Selena Gomez.


THUNDER AND THE HOUSE OF MAGIC is a whimsical animated family adventure, bringing to life a unique story with a great sense of humor, positive values and universal appeal. Brimming with spectacular animation and endearing characters, this internationally acclaimed motion picture delivers a fun and highly entertaining movie experience for the entire family. The film tells the story of Thunder, an abandoned young cat who stumbles into a magical old mansion operated by a dazzling array of automatons and gizmos. Owned by a retired magician, the house is occupied by an assortment of his wacky assistants who don’t all welcome the new houseguest. But when the magician lands in the hospital and his scheming nephew puts the mansion up for sale, our young hero and his new friends join forces to save their magical home.


THUNDER AND THE HOUSE OF MAGIC is written by James Flynn, Domonic Paris and Ben Stassen, based on an original story idea from Ben Stassen. The film is produced by Caroline Van Iseghem and Ben Stassen, executive produced by Olivier Courson and Eric Dillens, and features original music by Ramin Djawadi. The 85-minute film is produced by nWave Pictures in association with Studiocanal and Anton Capital Entertainment. The voice cast includes Murray Blue, Doug Stone, George Babbit, Danielle Gray and Grant George.


Visit www.thunderandthehouseofmagic.com for more information about the movie.


THUNDER AND THE HOUSE OF MAGIC arrives in select cities September 5, 2014
Posted by anim8trix at 12:00 AM