Zeb fights off The Empire in style 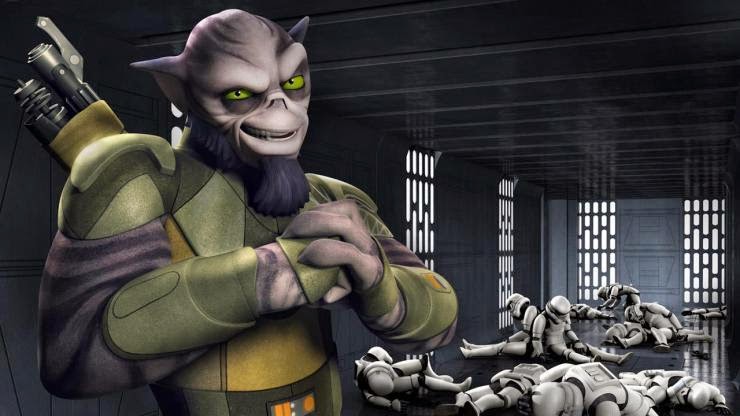 The short sees Zeb (voiced by Steve Blum) fighting off a bunch of stormtroopers with a lot of style, all the while dropping some extremely funny one-liners despite being considered the "muscle" of the Rebels’ Ghost crew. This is a character we think we'll definitely love to watch. On a bit of a side note, and as some of you guys may already know, Zeb’s design was actually lifted directly from concept artist Ralph McQuarrie’s original sketches for what Chewbacca might look like in Star Wars: Episode IV.

Titled “Entanglement,” this short is not the first one that’s been released by Lucasfilm and Disney. Just last week, we brought you another Rebels short starring Rebel punk Sabine (voiced by Tiya Sircar), and the week before, we saw TIE fighters attack a Rebel ship. You can also watch the first seven minutes of the pilot episode right here.

Check out the new short:

Star Wars Rebels: Spark of Rebellion is set to premiere Friday, Oct. 3, on Disney Channels all around the world ahead of the series premiere of Star Wars: Rebels Monday, Oct. 13, on Disney XD.
Posted by anim8trix at 12:00 AM