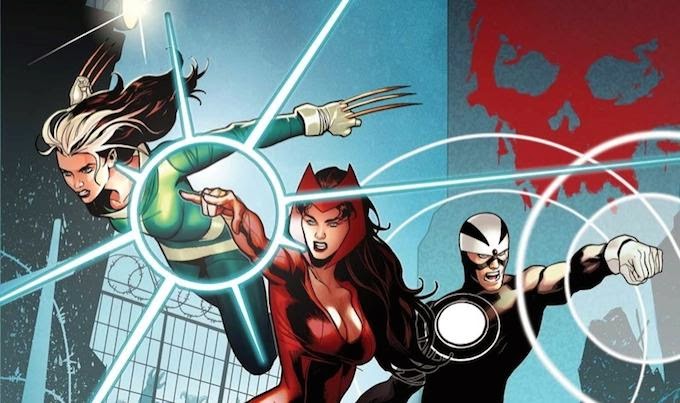 Avengers and X-Men: AXIS
Need a little help separating the Apocalypse Twins from Kang?  Confused over just how Red Skull obtained Professor X's telepathic brain?   You're not alone!  Check out the informative and enlightening video below courtesy of Marvel Entertainment, which hopes to fill you in on the myriad storylines leading up to its massive Axis teamup event series starting in October.  Readers can follow along with the incredible action until this fall's fateful launch in Marvel's Uncanny Avengers, Magneto, Captain America and Loki: Agent of Asgard titles.

Study up and see how Red Skull brings on World War Hate when the blistering battle begins.
Before Avengers and X-Men: AXIS kicks off this October, follow the events leading up to this epic story! Relive the first battle between the Uncanny Avengers and the Red Skull! Also featuring the Apocalypse Twins, Kang and many more!