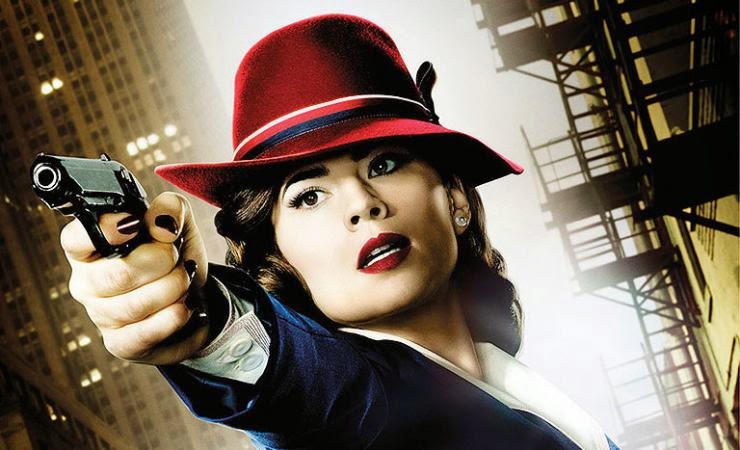 A G E N T   C A R T E R
[Source: blastr.com] Agents of S.H.I.E.L.D. might be on hiatus for a few months, but Agent Carter is ready to step in to fill the Marvel void on ABC’s schedule.

The seven-episode prequel series debuts Jan. 6 with a two-hour premiere and will focus on Hayley Atwell’s fan-favorite character first introduced in Captain America: The First Avenger. If you’re wanting to see more, the network has released a brand-new one-minute trailer showing off the 1940s setting.

The new teaser clip is loaded with additional footage and does an excellent job of setting up the premise and noir-style world we’ll be exploring during the miniseries. The series finds Peggy working with young Howard Stark (Dominic Cooper), who is framed for a crime he didn’t commit.

Peggy is still working for the covert S.H.I.E.L.D. precursor the SSR (Strategic Scientific Reserve), but this being the 1940s, she’s being treated more like a secretary than a secret agent. So her secret mission with Stark is the perfect outlet, assuming she doesn’t get caught — or else she could wind up in prison. The miniseries serves as a prequel to the Marvel One-Shot that inspired the project.
Posted by anim8trix at 12:00 AM