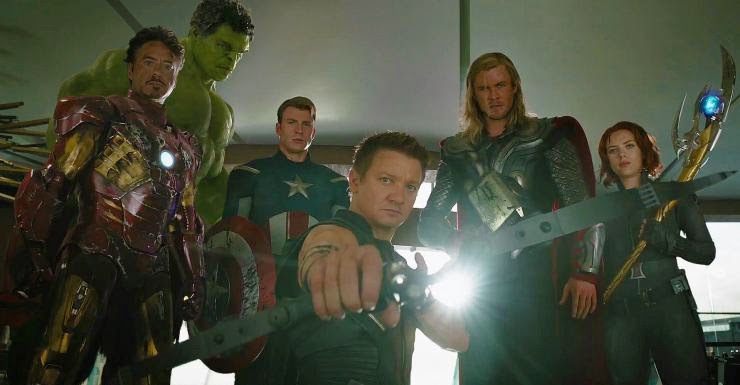 Fan recuts the Marvel Phase 1
film-verse in chronological order
[Source: blastr.com] The Marvel Cinematic Universe (MCU) stretches across almost a dozen films and several hours of television episodes, but the whole saga can get a little twisty when it comes to timelines. Well, not anymore.

Michael Furth, editor of The Comic Archive and aspiring recut specialist, had a boatload of time on his hands and decided to recut the entirety of Marvel’s Phase 1 into chronological order. Essentially, that covers everything from Captain America: The First Avenger through the closing scene of The Avengers (not to mention the deep history of Thor).

Of course, thanks to those twisty timelines, he also needed Iron Man 3, Captain America: The Winter Soldier, Agent Carter and Guardians of the Galaxy to make it all work. Sadly, since the films are copyrighted (duh), he couldn’t actually release the entire 12-hour saga. But Furth has released a timecode breakdown so anyone with the wherewithal can replicate the project.

It’s one heck of an undertaking, but you’d have to think it’d put the entire franchise into a whole new perspective. Weird and disjointed, probably, but still enlightening.

Check out a video recapping the project below:
Posted by anim8trix at 12:00 AM