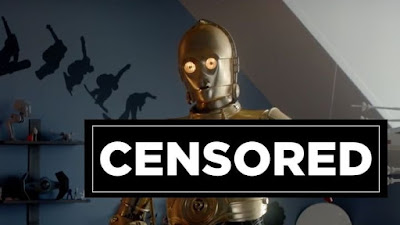 The battery maker Duracell might've just given away some serious Star Wars: The Force Awakens secrets in a new commercial.

Spoiler alert: We understand if you want to go into The Force Awakens blind, padawan. That's why we've added this warning. You need to be mindful of the living force, but not at the expense of the moment, so don't scroll ahead if you don't want to see something new. And if you'd rather not take part in a lighthearted version of the speculation game, be warned: Here be (krayt) dragons.

Set at home on Christmas morning, the commercial follows the adventures of a blonde brother and his brown-haired sister playing with their new Star Wars toys, powered by Duracell's Quantum batteries line. These Duracells retain the copper top of old but replace the black bottom with a red sleeve.

That's appropriate, given that, at the beginning of the commercial, we see C-3PO and his new red arm, in motion for the first time.

It's a bit surprising, given that 3PO isn't featured in any of the trailers for Star Wars: The Force Awakens. His left arm was also conveniently obscured in the movie's gorgeous official poster, as you can see in the detail below. Both indicate that the filmmakers are trying to keep the droid's colorful appendage a secret, though you may have seen it if you've been looking at the movie's tie-in toys, a promotional image from Entertainment Weekly or his upcoming comic, which will explain where it came from. 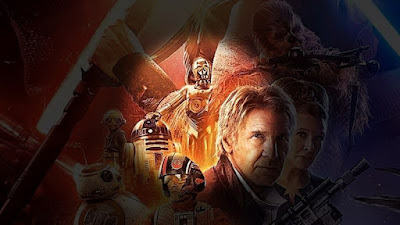 Having finished his bedroom chat with R2-D2 and C-3PO, the brother runs downstairs and out the door. He wields Luke Skywalker's blue Empire Strikes Back-era lightsaber and tosses his sister a toy a version of Luke's green Return of the Jedi lightsaber. And this is where it might just get very, very interesting.

The sister appears to be dressed as Rey, The Force Awakens' female protagonist.

We haven't heard much about Rey from official channels, beyond what the actress Daisy Ridley said about her character during the Star Wars Celebration fan event earlier this year.
"We discover Rey on the desert planet of Jakku," Ridley said. "She is a scavenger in a ship graveyard and she is completely self sufficient — she does everything for herself — and very solitary. Until she meets another character, and an adventure begins."

The girl in the commercial is flanked by Stormtroopers, and what she does to one of them might be revelatory. Check her out below.

If that's supposed to be Rey — the clearest indication seems to be Rey's leather wrap on her left forearm — then it appears that the Force is strong with this resident of Jakku.

Or maybe they're just kids playing. Press play below to watch Duracell's "Battle for Christmas Morning" and decide for yourself.

For more on Star Wars: The Force Awakens, be sure to browse our recent feature, where we attempt to uncover the secrets in the latest trailer before the movie's Dec. 18 release.
Posted by anim8trix at 12:00 AM