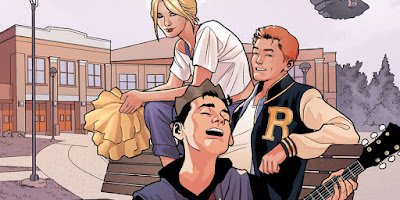 R I V E R D A L E
As if Afterlife With Archie and the successful new comic relaunch of the flagship series weren’t enough, The CW is also putting together a live-action spin on the classic Archie comic dubbed Riverdale. Now we finally have some juicy details.

This being a CW series, you knew we could expect some high-stakes high-school drama — and it sounds like this one will not disappoint. TV Line has revealed the character descriptions for the series below, and we get everything from a boyishly handsome Archie with a “dark, terrible secret” to an “emo-heartthrob” version of Jughead. Oh, and Betty has an issue with Adderall, and Veronica is fresh off a scandal that ended with her dad in prison.
Oh, you know, just your average Monday on The CW.

Check out the full character descriptions below and let us know what you think:
Archie Andrews: A high school sophomore, the redhead is still boyishly handsome but “pumped and looking good after working construction for his dad during the summer.” Archie is grappling with heavy issues and juggling the interest of several girls while discovering his passion for writing and performing music against his father and his football coach’s better wishes. Oh, and he’s harboring more than one dark, terrible secret.

Betty Cooper: The blonde and pretty sophomore is described as having “some self-esteem issues and affinity for Adderall.” Eager-to-please, wholesome and studious, Betty has a super-crush on her longtime best bud, Archie. But tired of being the “perfect” everything, she turns to her new friend, Veronica, for life advice. Betty has an emotionally brittle mom, a goth-like sister and a coveted spot on the cheerleading squad — though with certain conditions….

Veronica Lodge: Producers are aiming to ideally cast a Latina as this “silver-tongued” stunner, who has just returned to Riverdale from New York following a scandal which resulted in her father going to prison. Extremely intelligent, self-confident and immediately popular, Veronica is eager to reinvent herself — from Mean Girl to caring friend.

Jughead Jones: A hearing-impaired actor is being sought to play Jughead as an “emo-heartthrob.” The lanky lad is Archie’s former best friend, seeing as the two still are smarting from a rift that took place between them. Angry, but with a philosophical bent, Jughead “refuses to take the olive branch being proffered by Archie, the hurt goes that deep.”

The series, dubbed Riverdale, is currently in development. 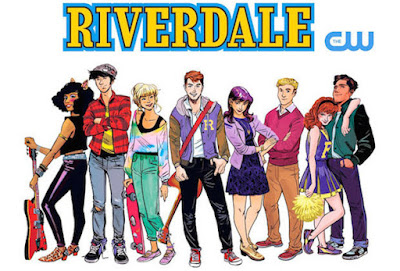